REPLY & QUOTE
MaKrueger (Maschinen Krueger) said
I was pretty excited when Dragon released their SU-76i. I was pretty underwhelmed when I finally got it. The new tooled parts that make this vehicle unique suffer from soft details, poor or nonexistent alignment features, incorrect roof, blobs for hinges, terrible fuel tanks, etc. It was like Dragon had a late 1980s Eastern European model company tool and mold the parts.

To rectify this, I switched gears mid build and used the MasterClub resin conversion. The detail is crisp, the features are accurate and the casting is flawless. Unfortunately, it is designed for use with the old school Imperial series Dragon kits and suffers some fit issues with the newer tooled kits and accuracy issues with the fuel tank brackets. I was willing to overlook these just so I could get something built.

Since it was never going to be as accurate as I would have liked with out a complete redo, I decided to have some fun with this and model a re-captured SU-76i pressed back into German service. The Pz.Jg.Abt. 128 had at least one where they added two antenna mounts which I assume was for field command.

I added some extra details to spruce this one up. 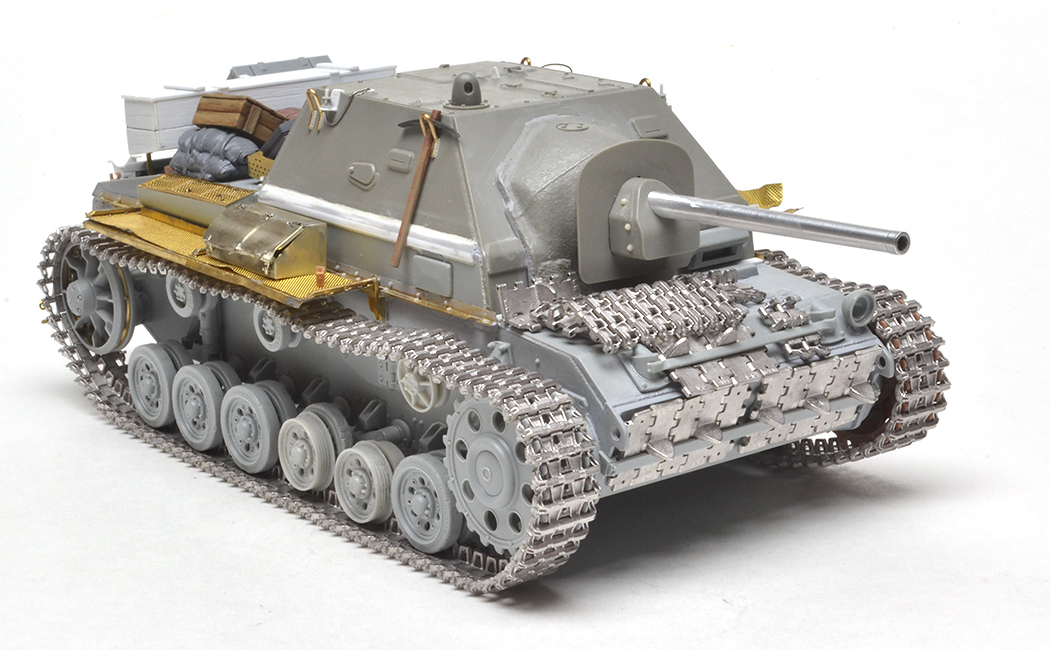 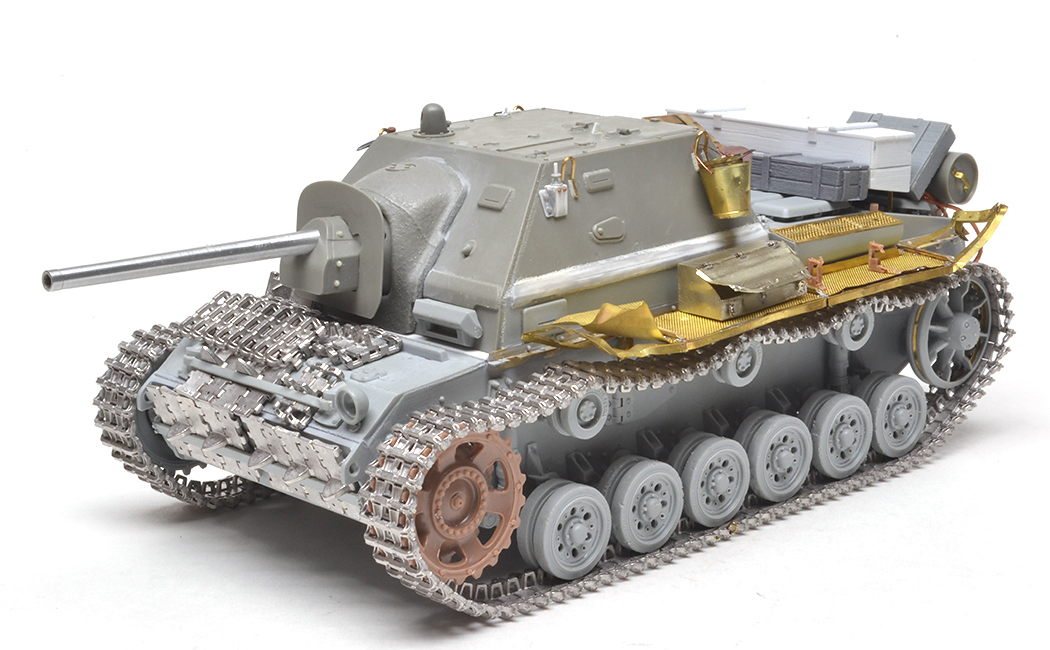 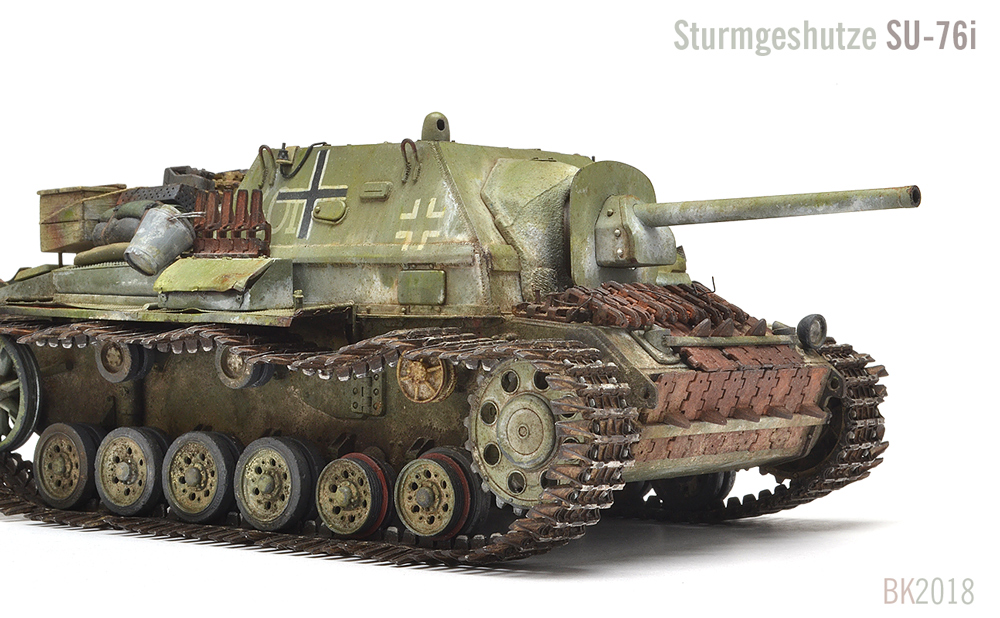 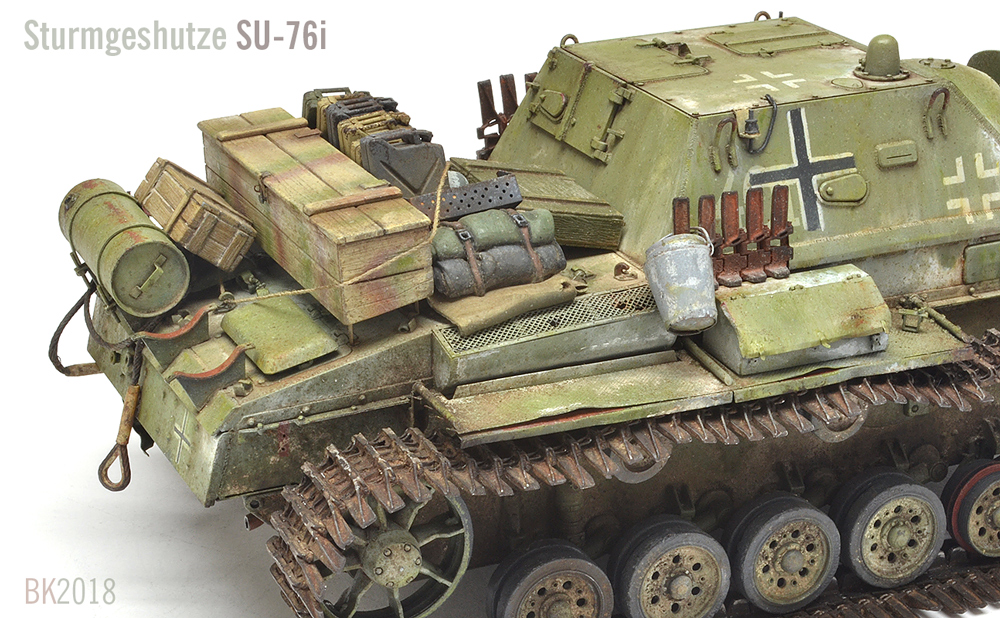 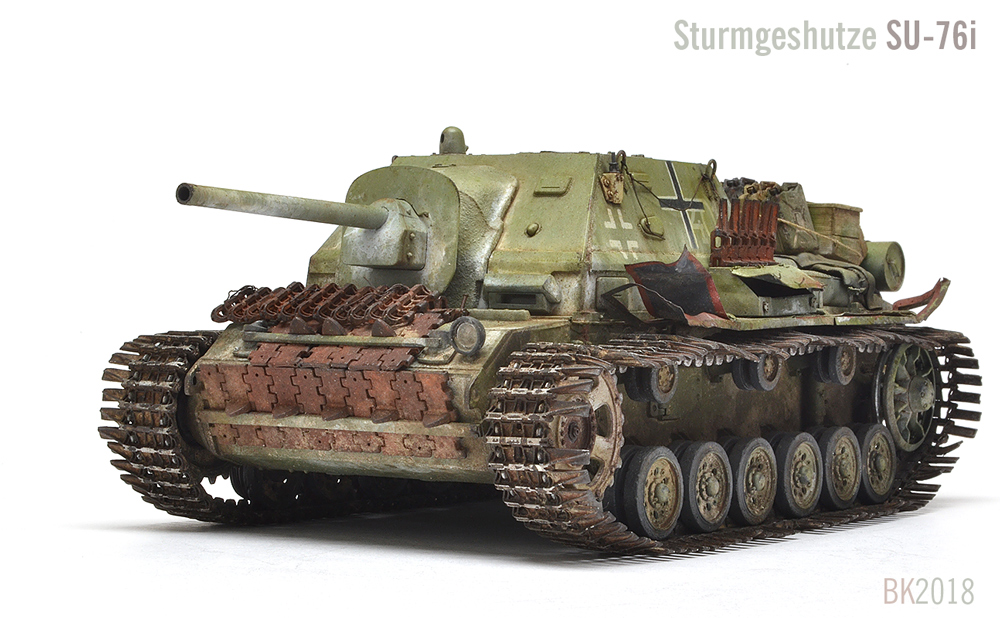 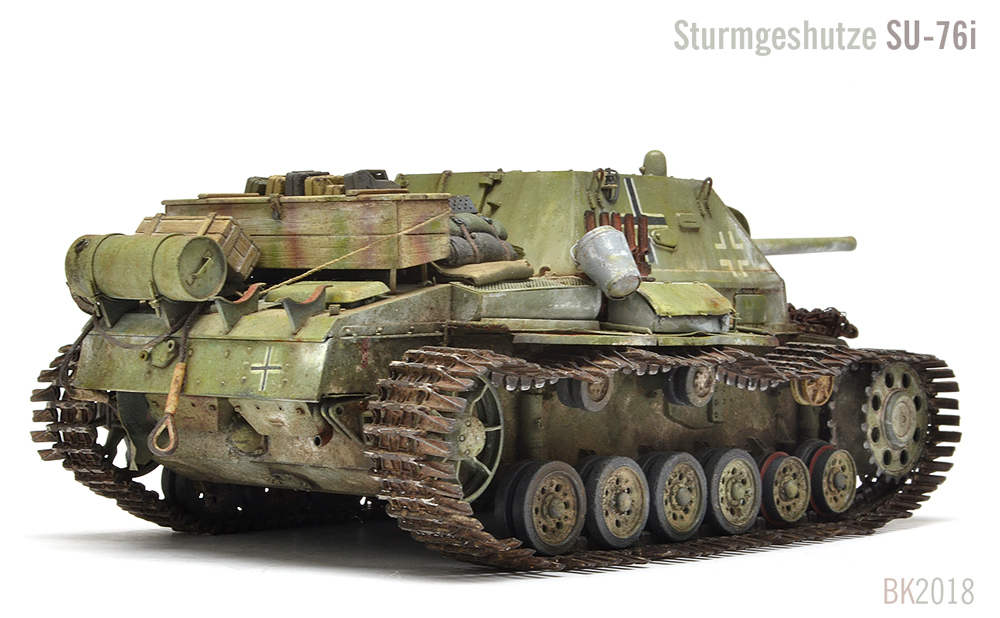 REPLY & QUOTE
ivanhoe6 said
Sorry to hear about the poor quality of your dragon kit. But boy oh boy did you ever rescue it ! Damn nice work !!!
Thanks for sharing with us !

REPLY & QUOTE
On the bench :
A whole bunch of figures, Too many half built kits and a (gasp) wing thing

REPLY & QUOTE
retiredyank (Matthew Nethery) said
Hat's off to this one. Superb build!

REPLY & QUOTE
obg153 (jack heintzleman) said
Excellent results despite the mess you had to start with! The weathering, all the dings/dents, and overall detail is amazing!

REPLY & QUOTE
Even my pick-up is panzer grey.

It was quite a challenge during the construction phase,but ended up being an enjoyable project.

I was surprised/honored to be awarded Best of Show at a local IPMS contest last weekend.

Chris - I'm glad you enjoy the MaK builds. They have certainly influenced my approach to armor modelling.