REPLY & QUOTE
Klaus-Adler (David Myres) said
Good Morning everyone today is the start of the Sniper building Campaign and below is the kit i plan to start building soon, the 1/24 Sharp Shooter Kelly Figure.

In the background you can see today's "Sun" newspaper with the today's date on it, the 1st of September.

Mods, could you make this post a "Sticky" that way it will be easier to find later on, thanks.

here is the link to the gallery for all of you who have completed your Sniper: Sniper Campaign 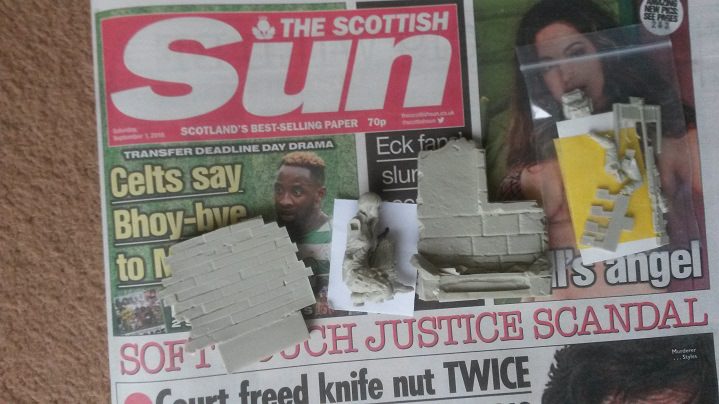 and this is what she looks like in promotional pictures 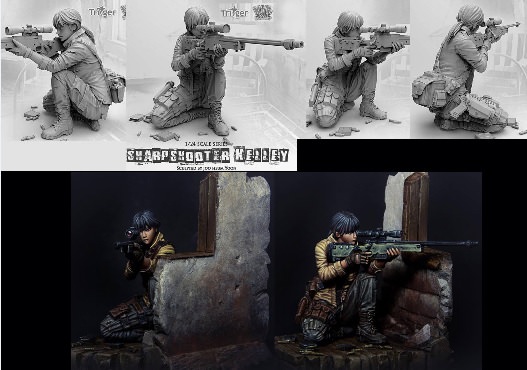 REPLY & QUOTE
Ashore, it's wine, women and song, aboard it's rum, bum and baccy

REPLY & QUOTE
Antimedic (Antimedc) said
This will be my first foray into online modeling campaigns. Additionally, I'm getting back into modeling after a break of something on the order of twenty years, so my technique and product are more likely to be on par with your average high school senior.

For this campaign, I've decided to start with a kit I found in storage, one that I don't remember buying--though, considering that it depicts "modern" U.S. Soldiers using equipment that was on it's way out when I first enlisted, I probably picked it up back in the early 1990s.

Even though the kit depicts early 1990s and I don't havae a full mastery of kitbashing or scratchbuilding, I've decided to alter the figures to depict a sniper team from the Scout Platoon of HHC, 1-508 Parachute Infantry Regiment, 173d Airborne Brigade as they would have been in mid-2003. I was a Medic in the 173d at that time, and took part in Operation Northern Delay, the airborne invasion of northern Iraq.

The kit contains four figures- one standing, one kneeling, one seated, and one prone. I'm using the standing and seated figures.

Because the original figures are not "wearing" what we wore, and most kits don't show that the 173d was in the midst of transition from one type of kit to another--ALICE with Ranger Body Armor changing over to MOLLE with Interceptor Body Armor--I'm doing some bashing. I've used the "extra" IBA-clad torsos from Trumpeter's "Modern U.S. Army CH-47D Crew and Infantry" in conjunction with the heads, arms, and legs of the DML kit. The torsos are made of some kind of rubber rather than a polymer to which I'm more accustomed, so reshaping them to fit the appendage poses was a challenge- it didn't cut cleanly.

Further, while we in the 173d had the MOLLE body armor, we were still working with ALICE belt kit, unless the individual trooper bought newer kit out-of-pocket.

I'm also doing a spotter figure. As mentioned earlier, no kit depicts us in our equipment transitionary period, so I'm scratchbuilding his belt kit to be worn over his IBA. The sniper will get similar treatment.

I'm using index card to create the belt and suspenders and simply cementing the kit-provided pouches to it.

I haven't decided on the diorama/vignette, but that's coming.

REPLY & QUOTE
spongya (Andras) said
Me neither, but so am I. I actually have a sniper figure laying about.

REPLY & QUOTE
BravoTwoZero (Joseph Rocamora) said
This will be my entry for this campaign. 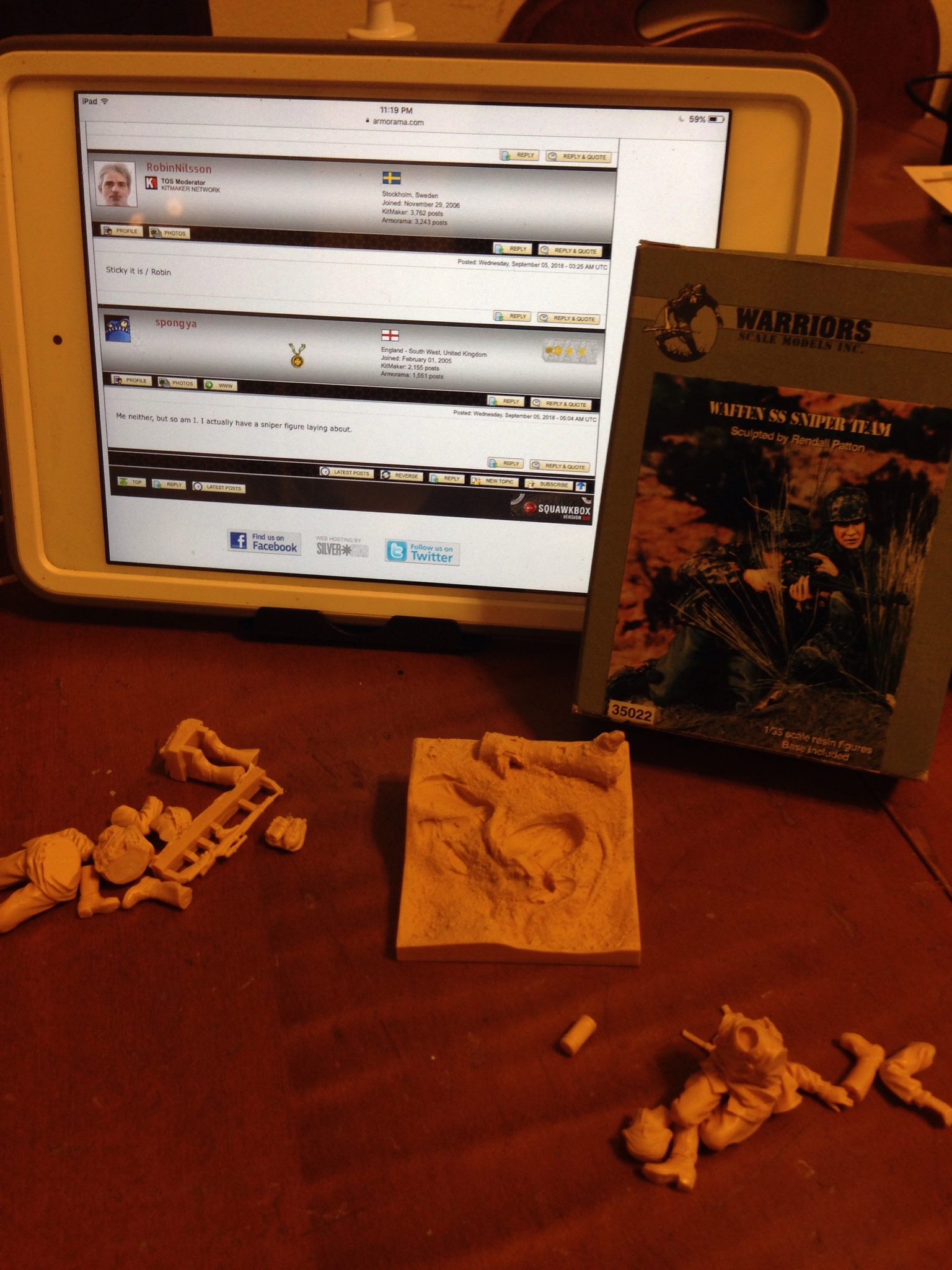 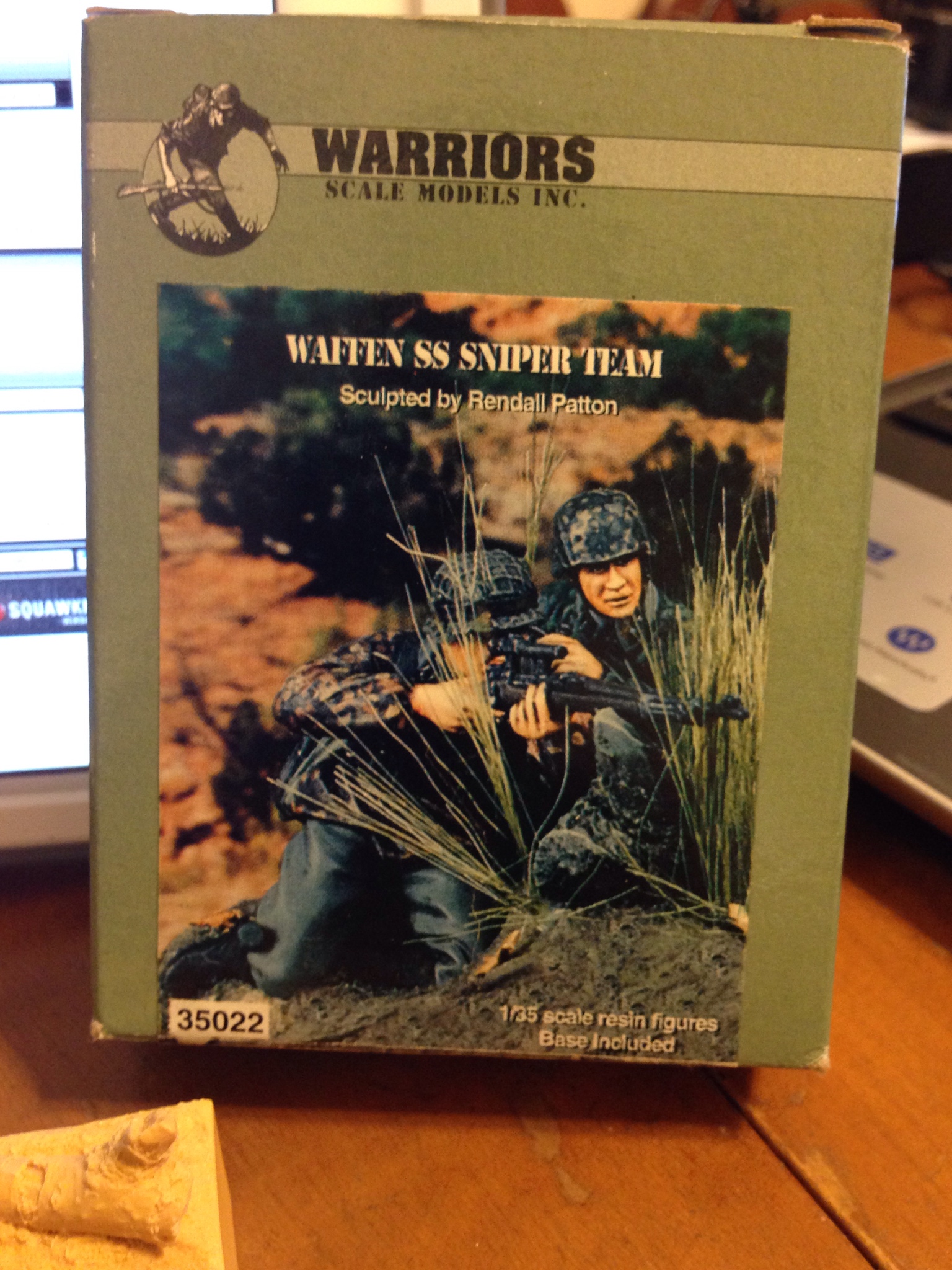 It consists of two figures, the sniper 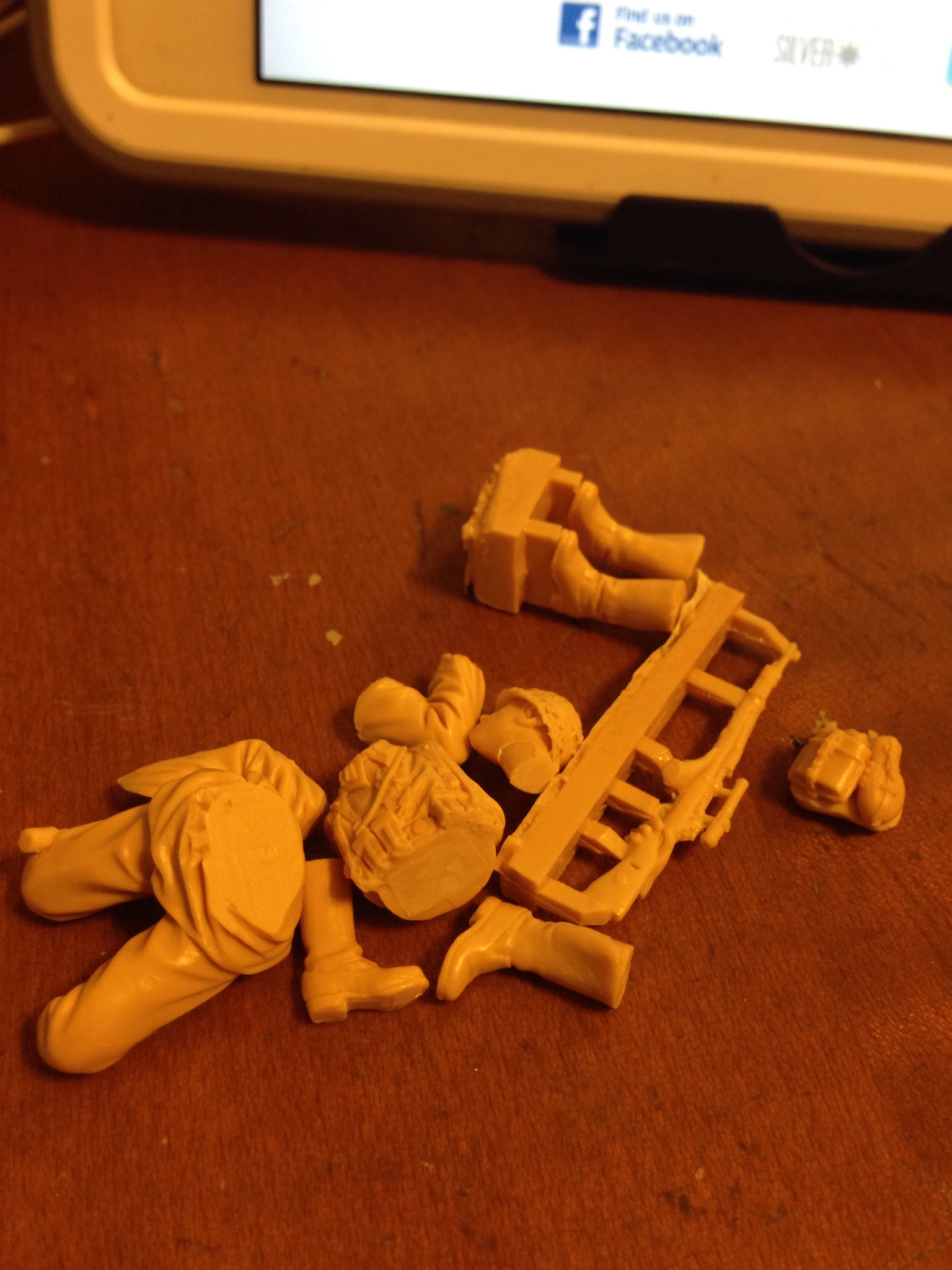 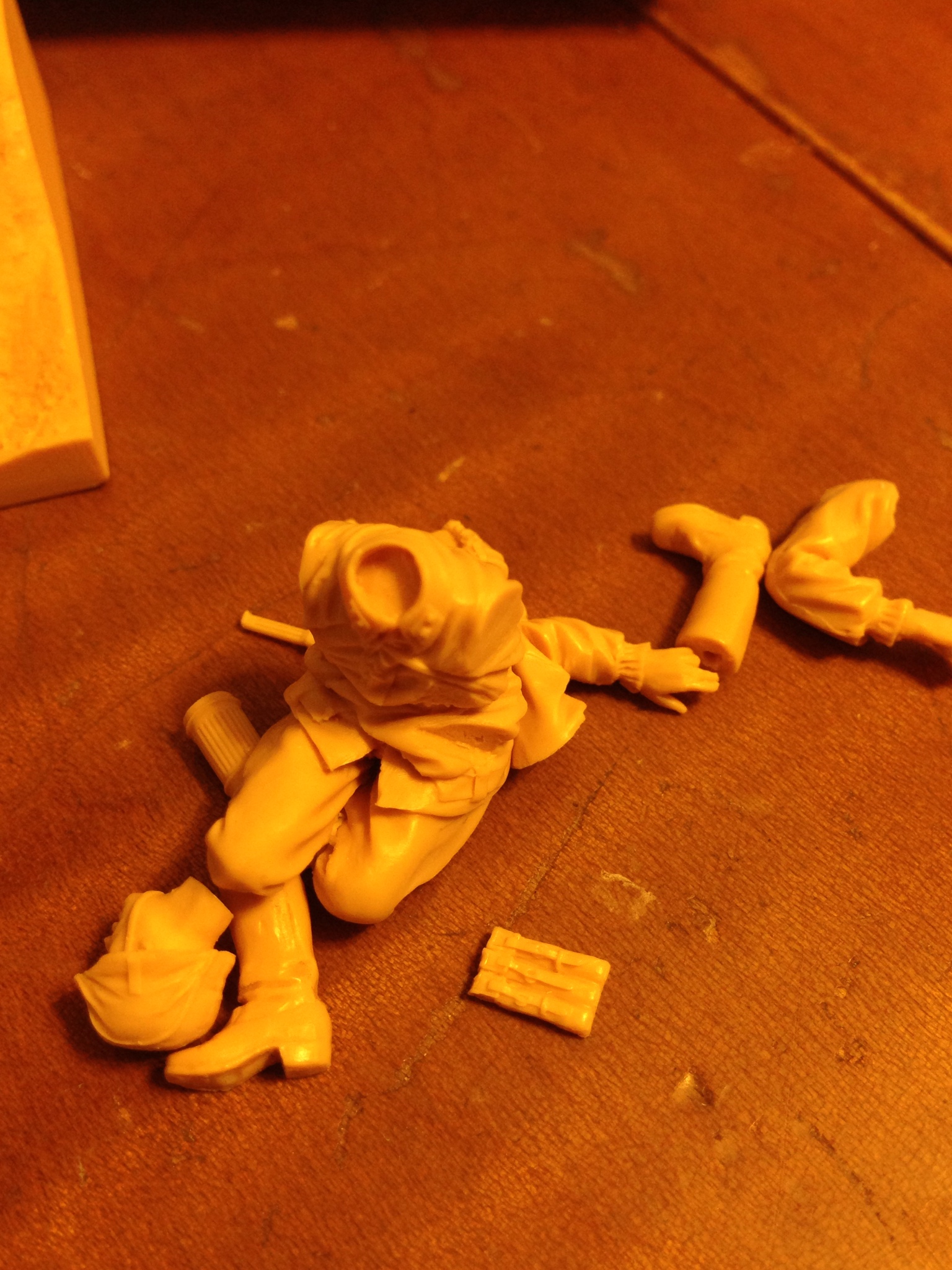 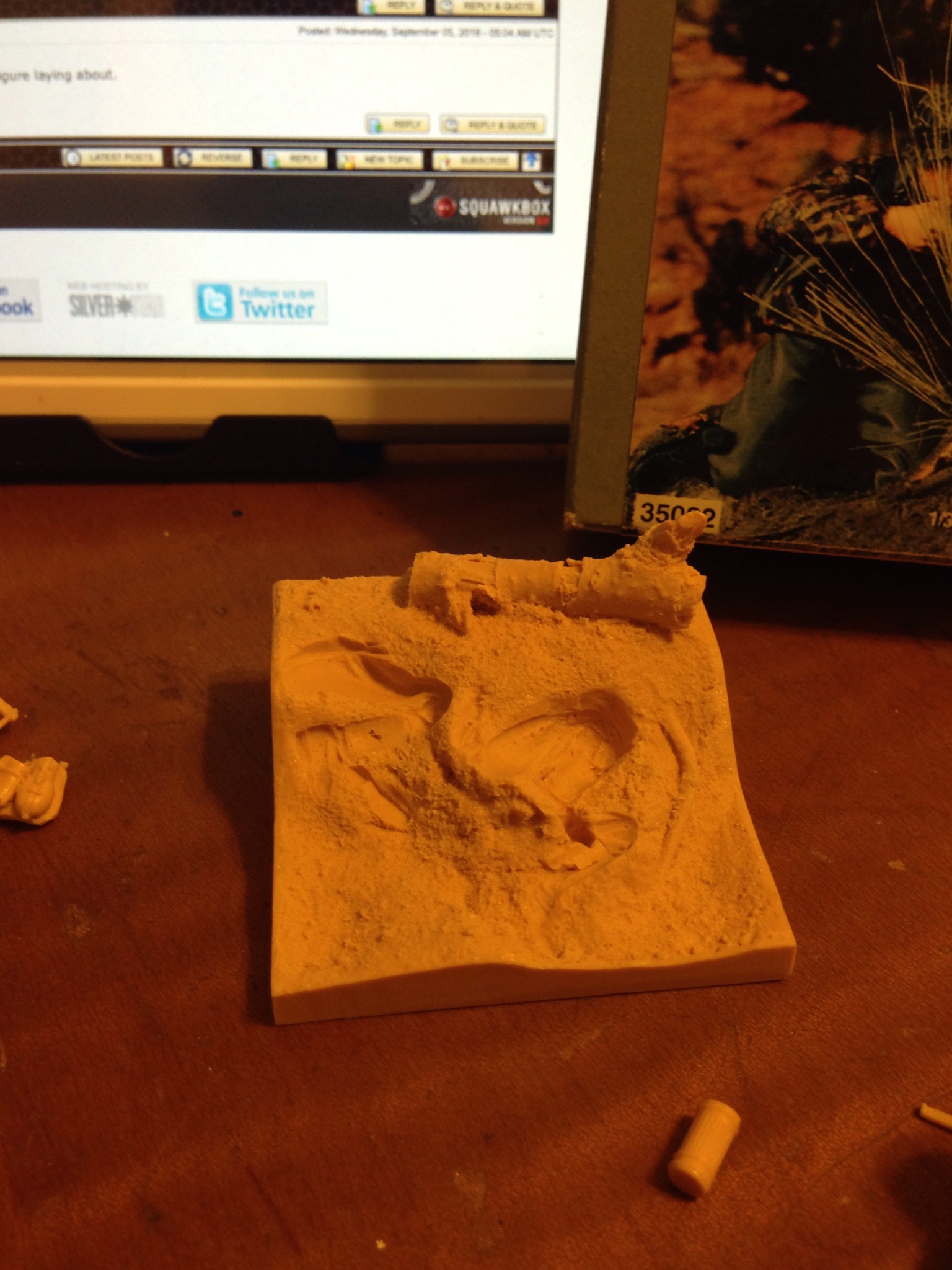 I'm pretty sure this will not be a difficult build. The painting will be another matter though. 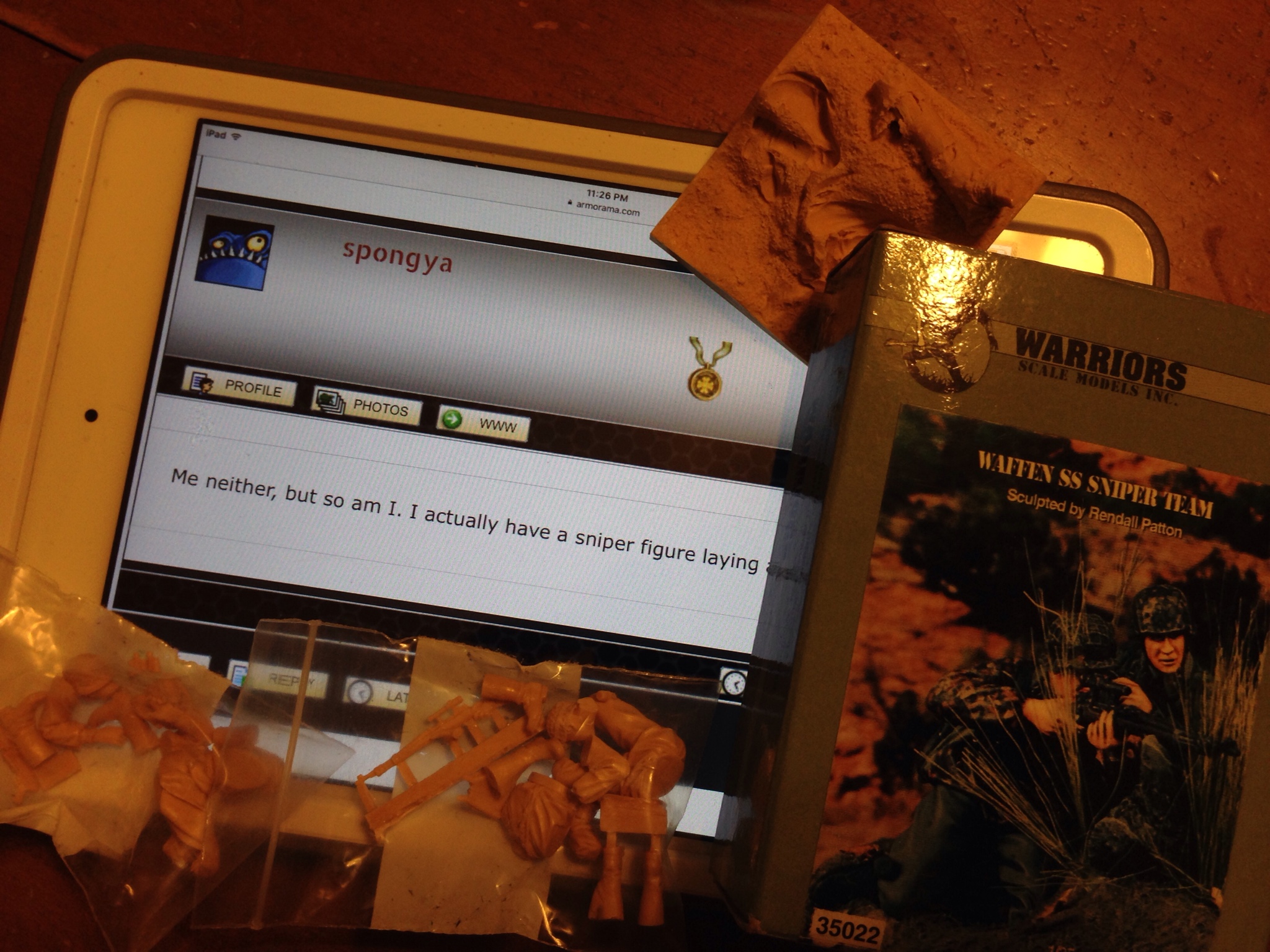 Figure assembly is complete, and I'm weathering (is that even the right term for figures?) them and their equipment. The vignette is evolving as I progress through it, the idea having gone from a simple base with a little debris over to a more complex scene housed in an acrylic softball case.

Here are the figures fully assembled.

With a little weathering-

REPLY & QUOTE
Venko555 (Venelin Golev) said
I will participate with this Special forces sniper from Evolution miniatures in 1/35: 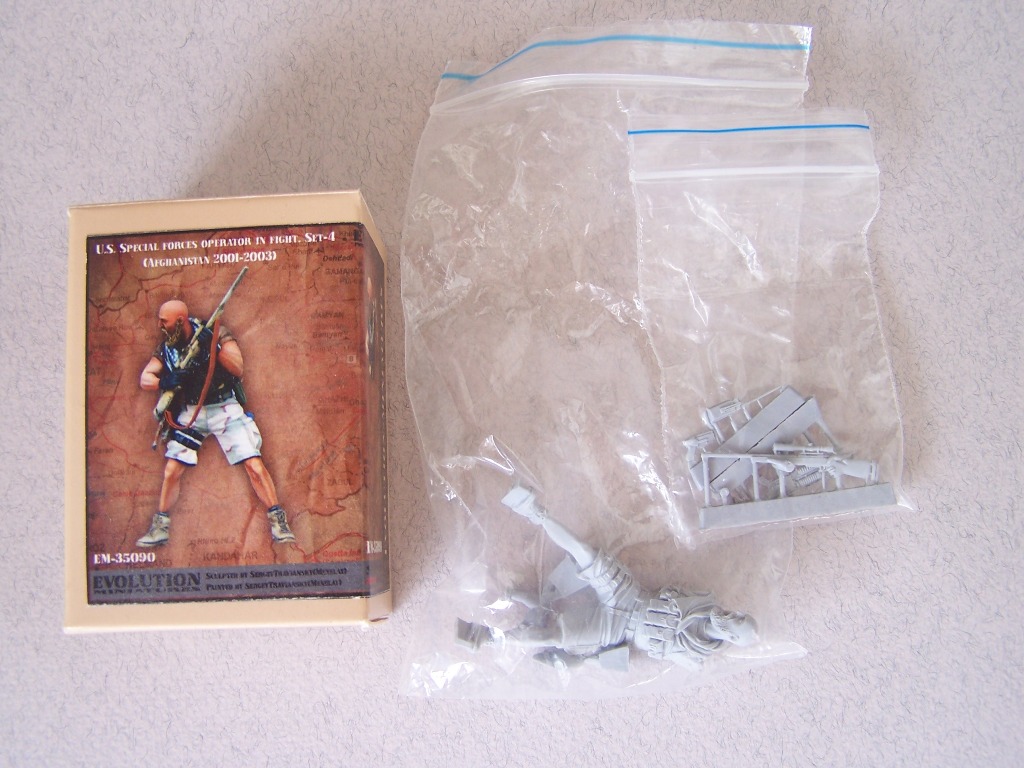 REPLY & QUOTE
Pave-Hawk (iain) said
I will be doing these two fellows for this campaign: 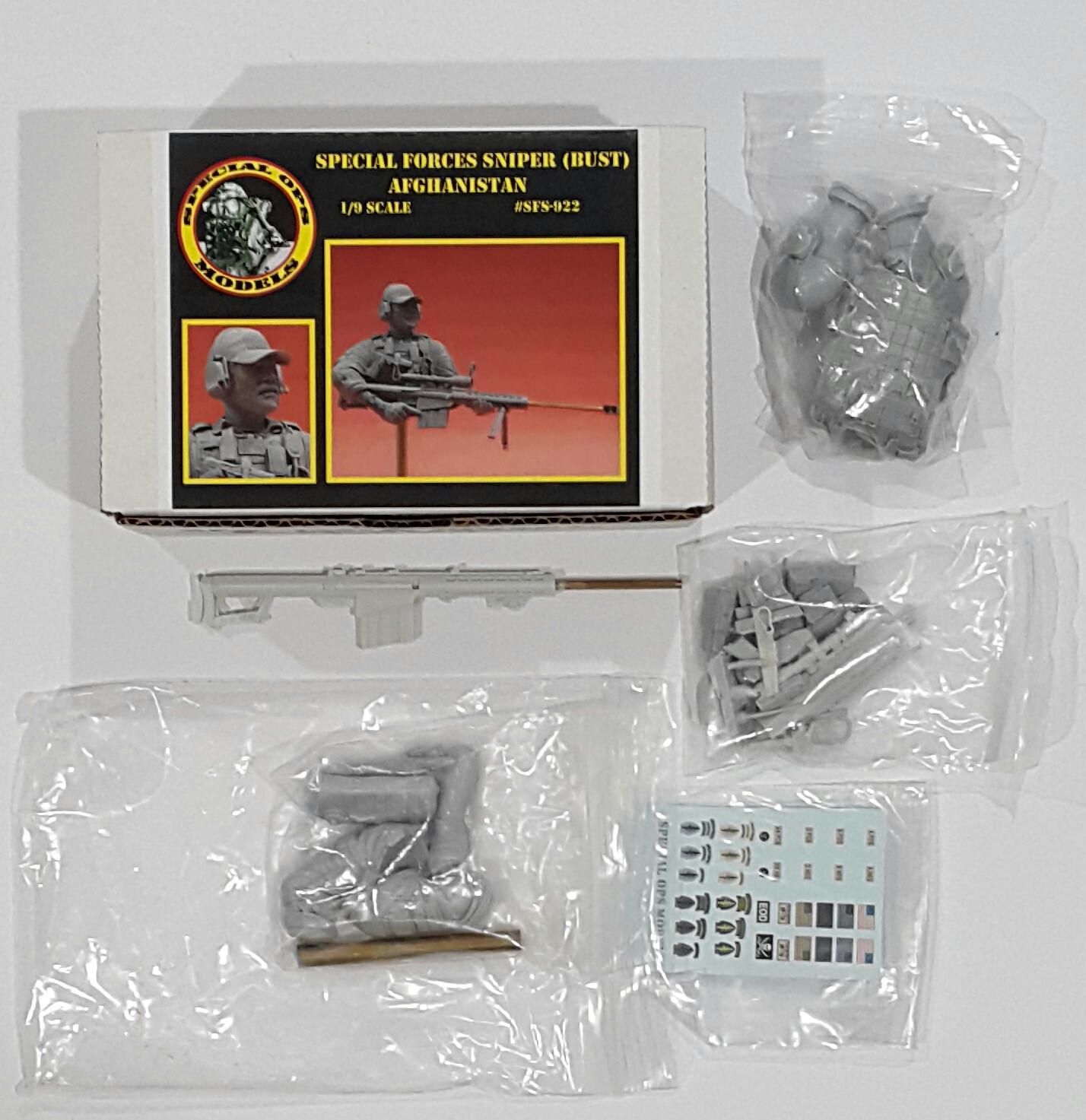 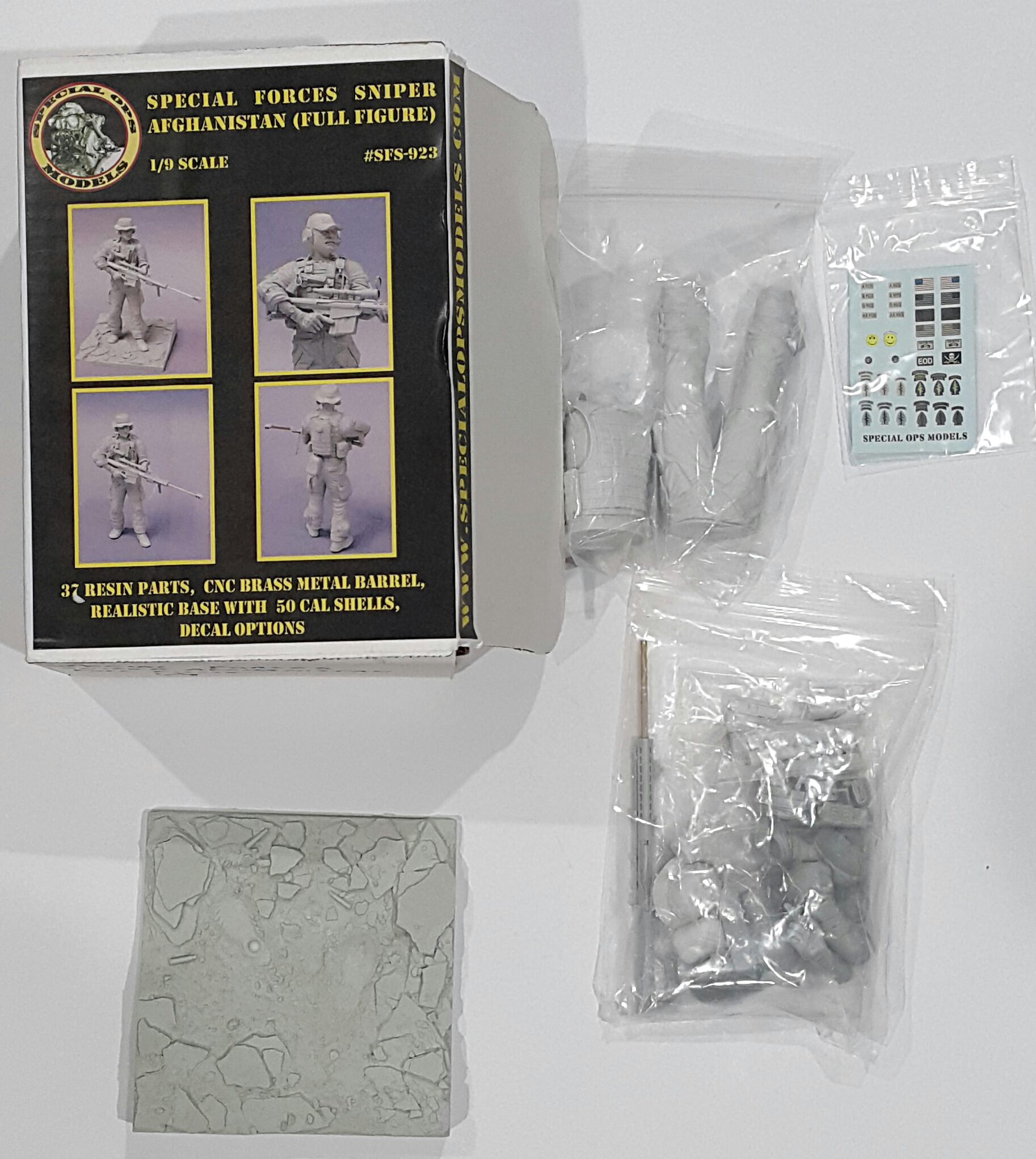 Both 1/9 scale from Spec Ops models.

REPLY & QUOTE
Don't you feel more like you do now than you did when you came in?

REPLY & QUOTE
Klaus-Adler (David Myres) said
wow those are some really nice figures, i look forward to seeing them being built.

I actually have a sniper figure laying about.

Quite right too; if you knew where he is, he's no good at his job... 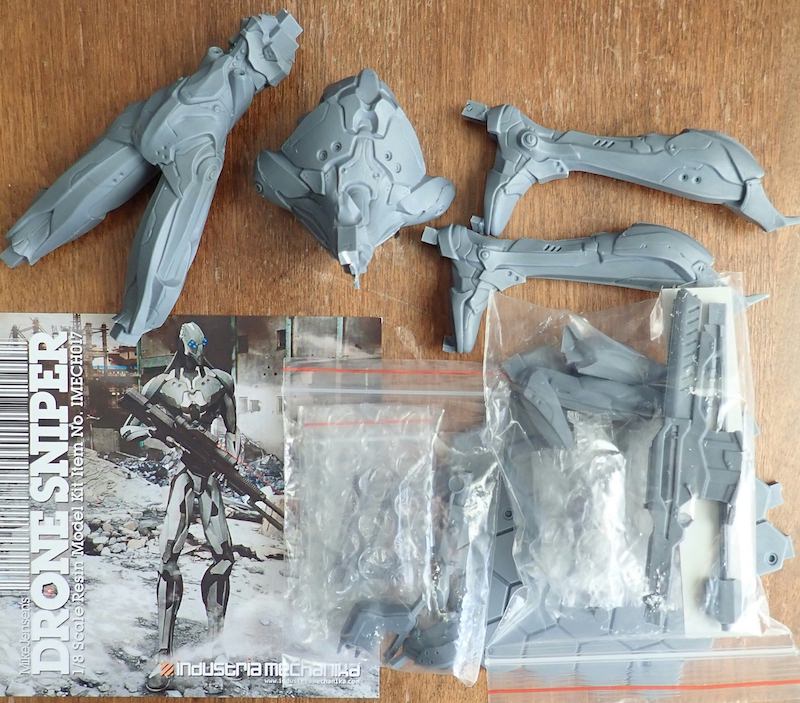 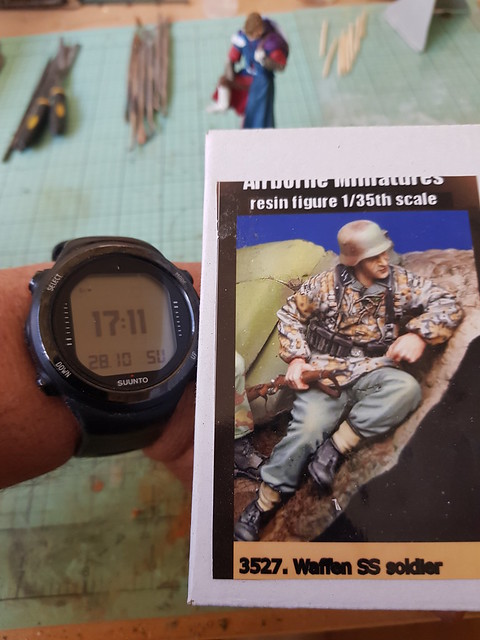 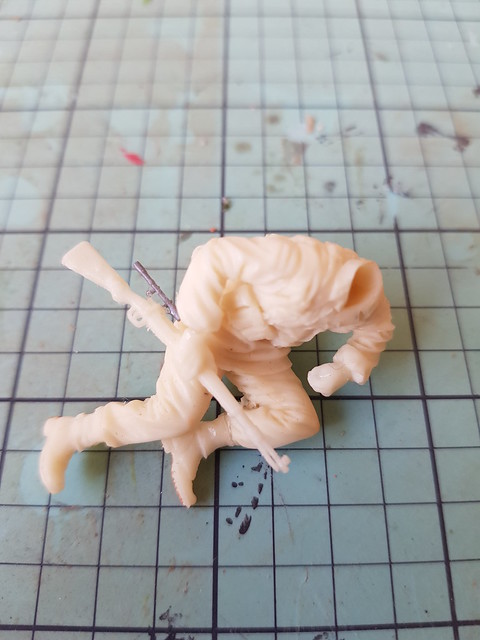 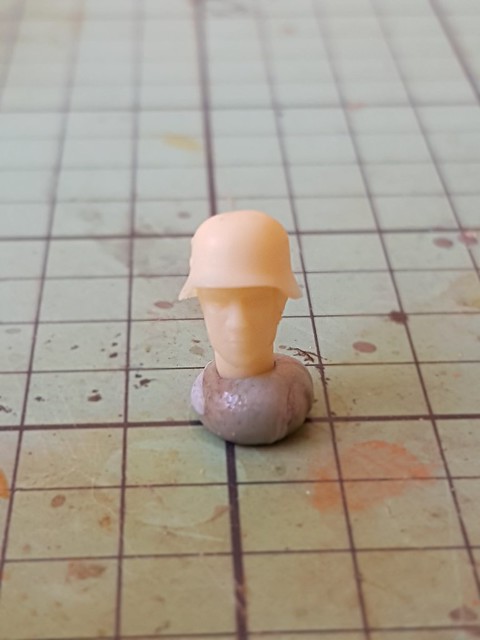 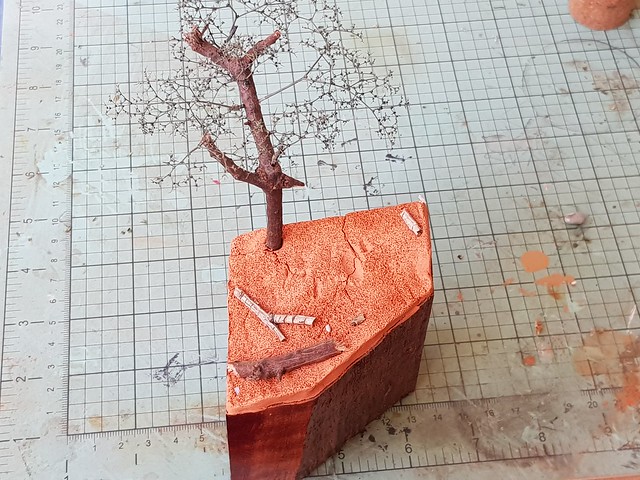 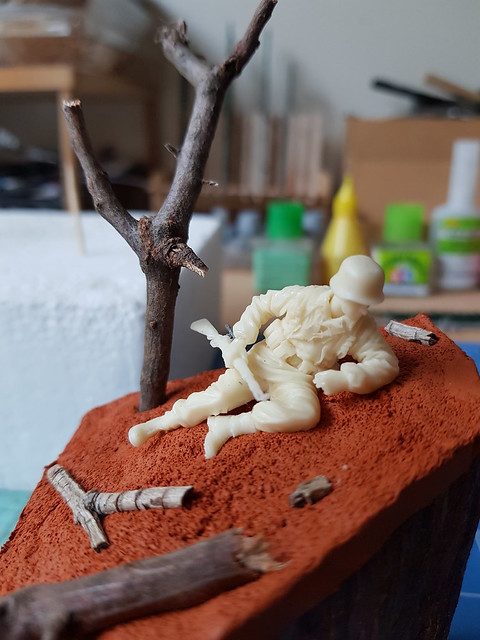 REPLY & QUOTE
Ashore, it's wine, women and song, aboard it's rum, bum and baccy

REPLY & QUOTE
Klaus-Adler (David Myres) said
there are some really nice looking figures there and i love the idea of the german sniper lurking near the tree.

REPLY & QUOTE
panzerIV (Anthony Puleston) said
ive enlisted the other day.
zvesda 1/72 Russian sniper set is my choice. not much of a range for snipers in 1/72 that need putting together that is. most are all single moulds like ceaser miniatures. so I plan to make a small vignette for my snipers

ive enlisted the other day.
zvesda 1/72 Russian sniper set is my choice. not much of a range for snipers in 1/72 that need putting together that is. most are all single moulds like ceaser miniatures. so I plan to make a small vignette for my snipers

I look forward to seeing your figures soon

Like the base Colin, really look fwrd to how you and Joe treat the camo on your snipers.
I've enlisted, just have to choose between the Verlinden sniper in 1/16, or something in 1/35. Have never tried the WSS camo but have always wanted to try.

REPLY & QUOTE
Venko555 (Venelin Golev) said
Hi,
Starting with arms glued to the body and priming with Finishing Surfacer 1500. This time I used black instead of grey and then with light coats of white Surfacer: 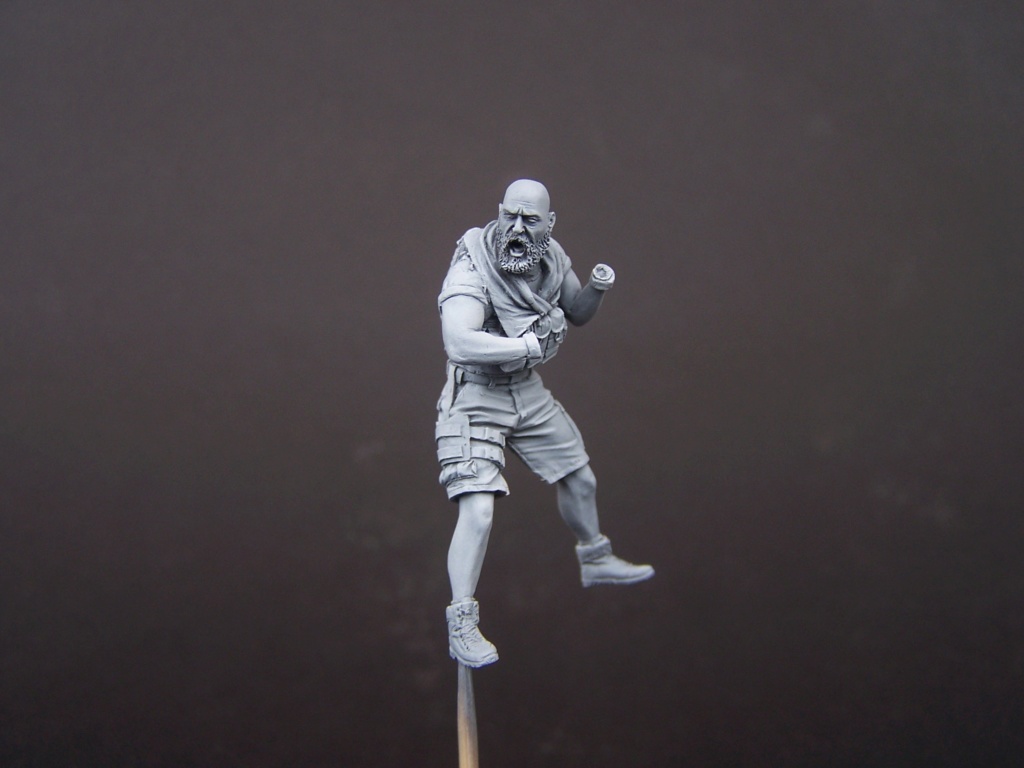 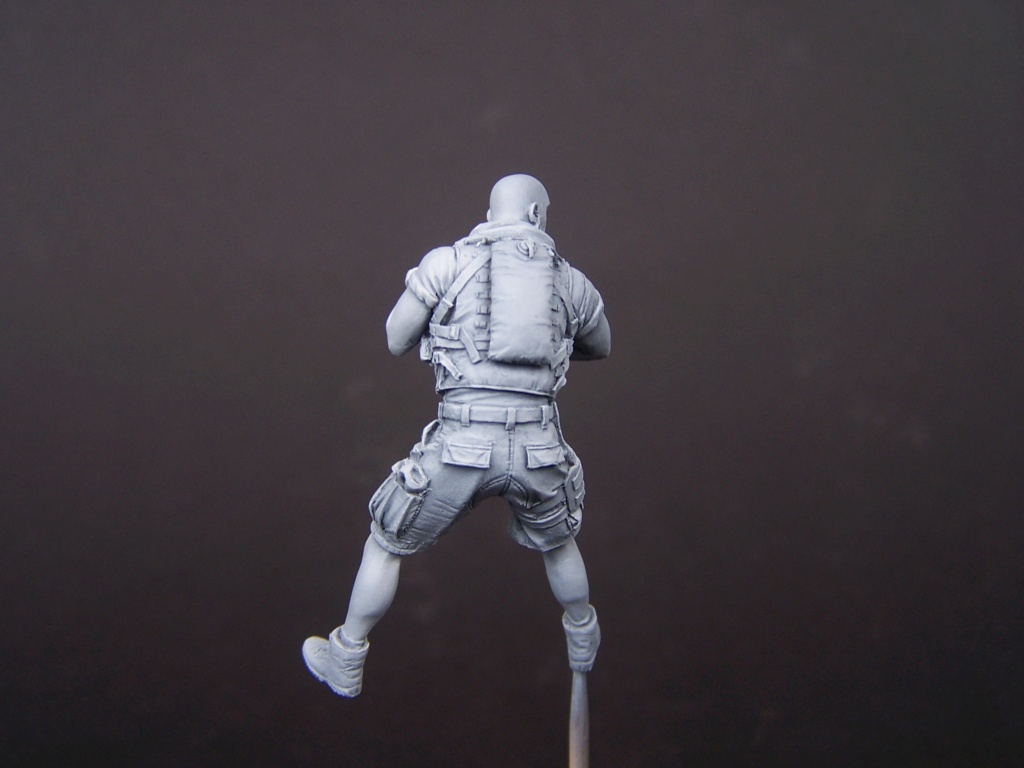 REPLY & QUOTE
ivanhoe6 said
Looks to be an interesting campaign. Glad you got this one rolling David. I hope to learn a few things about figure painting from this.
Venko555, your's is my first tip, excellent idea to first prime in black and the go over the figure lightly in white. You have located where your shadows and your highlights will be. Thank you !!!

REPLY & QUOTE
On the bench :
A whole bunch of figures, Too many half built kits and a (gasp) wing thing

Venko555, your's is my first tip, excellent idea to first prime in black and the go over the figure lightly in white. You have located where your shadows and your highlights will be. Thank you !!!

I wanted to try this technique here, because it's easy to miss a difficult spot with the brush when painting. With black base such missed spots will appear as shadows 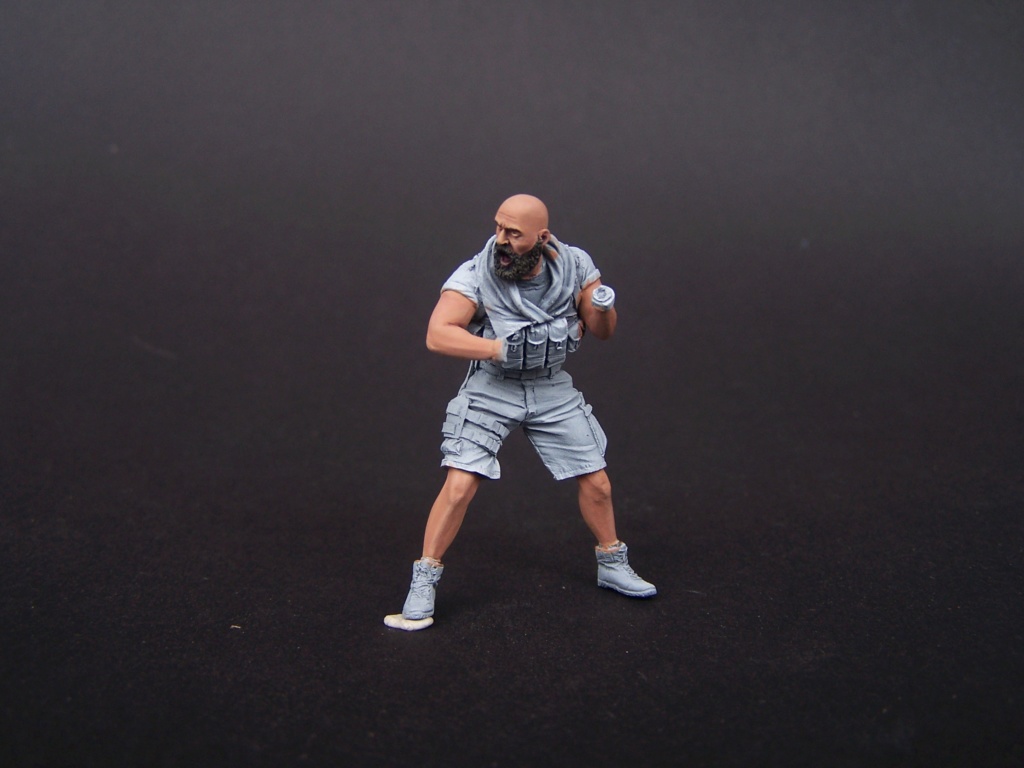 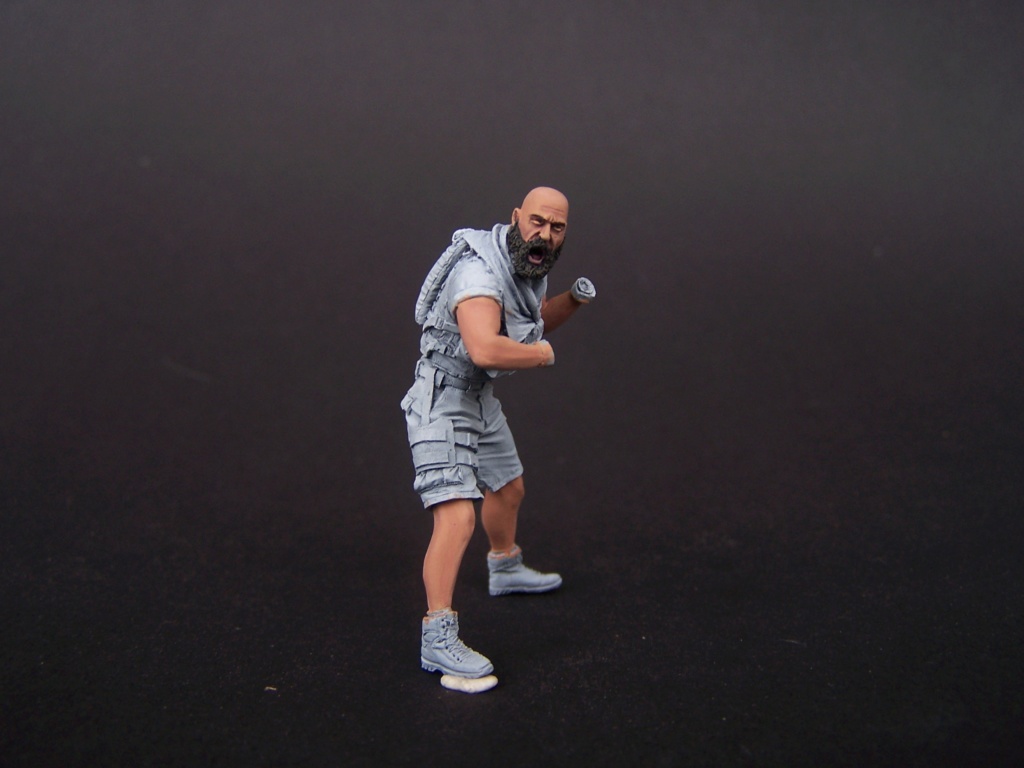 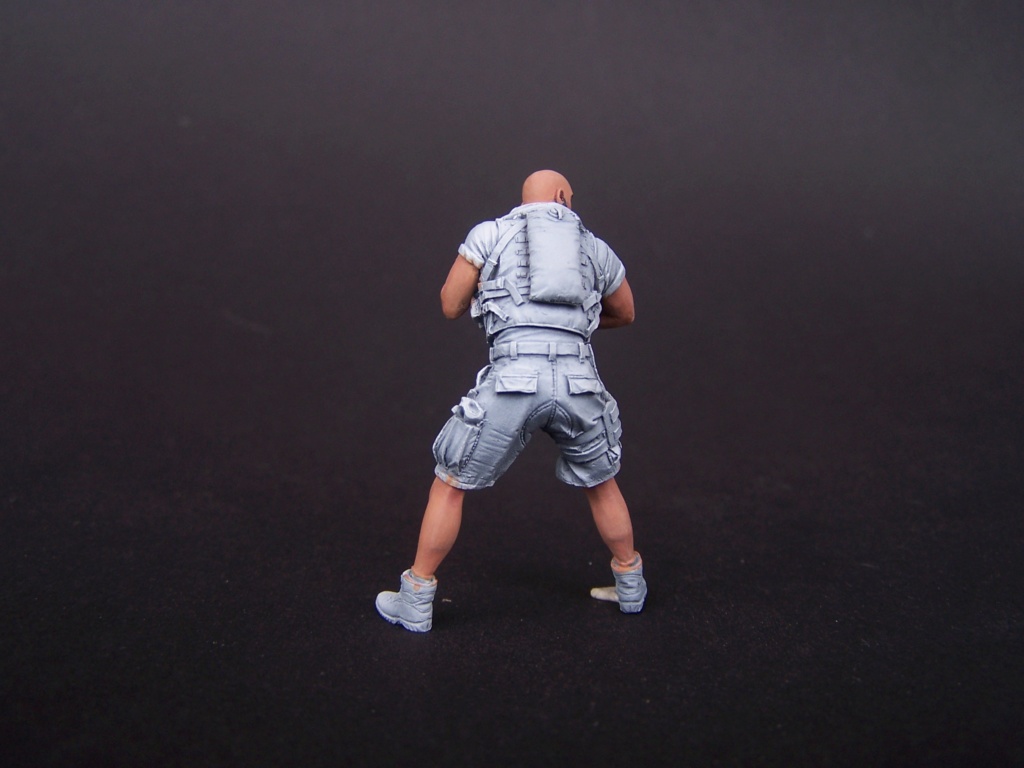 REPLY & QUOTE
Venko555 (Venelin Golev) said
I painted the camo and equipment, remains the boots and the weaponry: 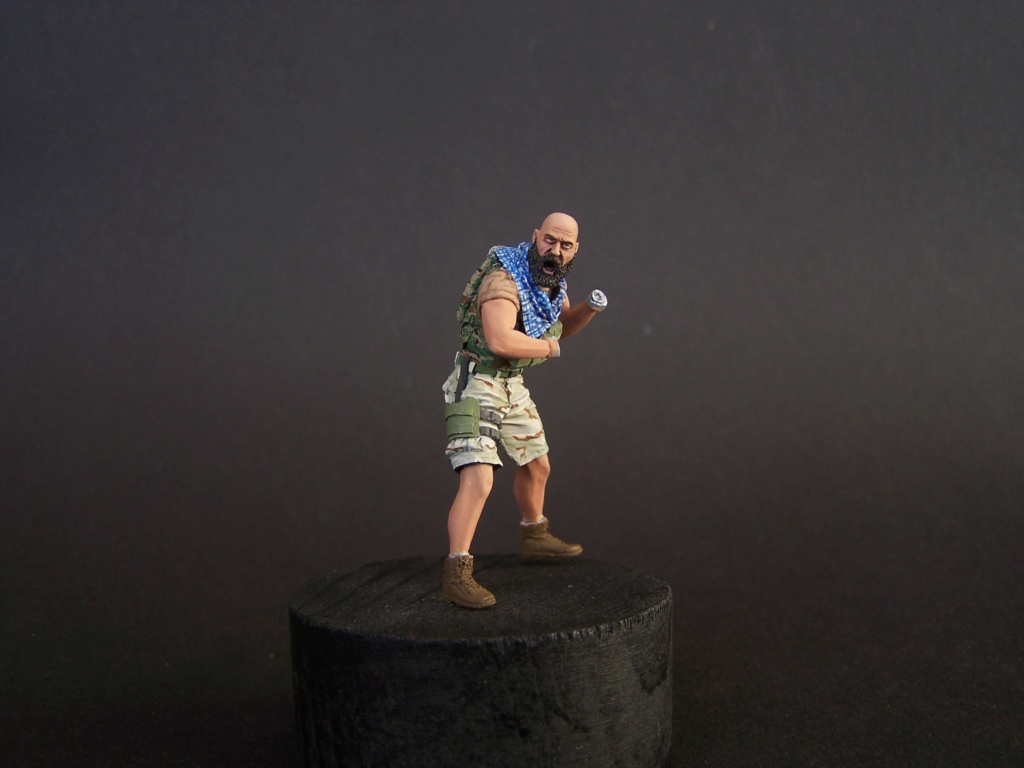 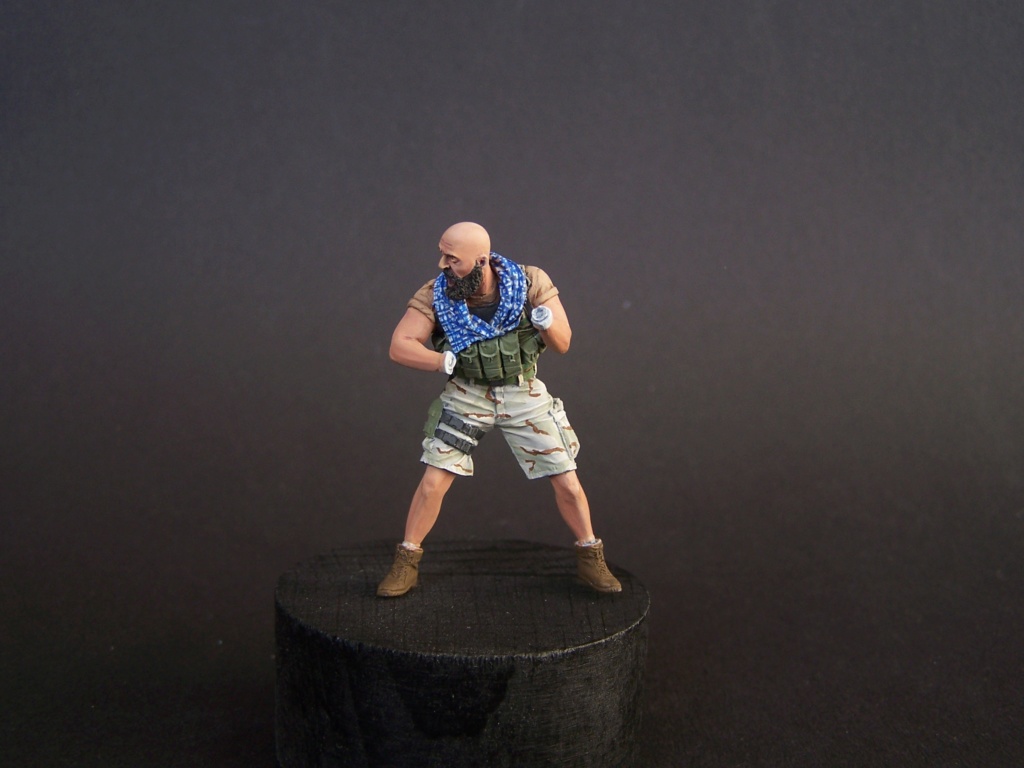 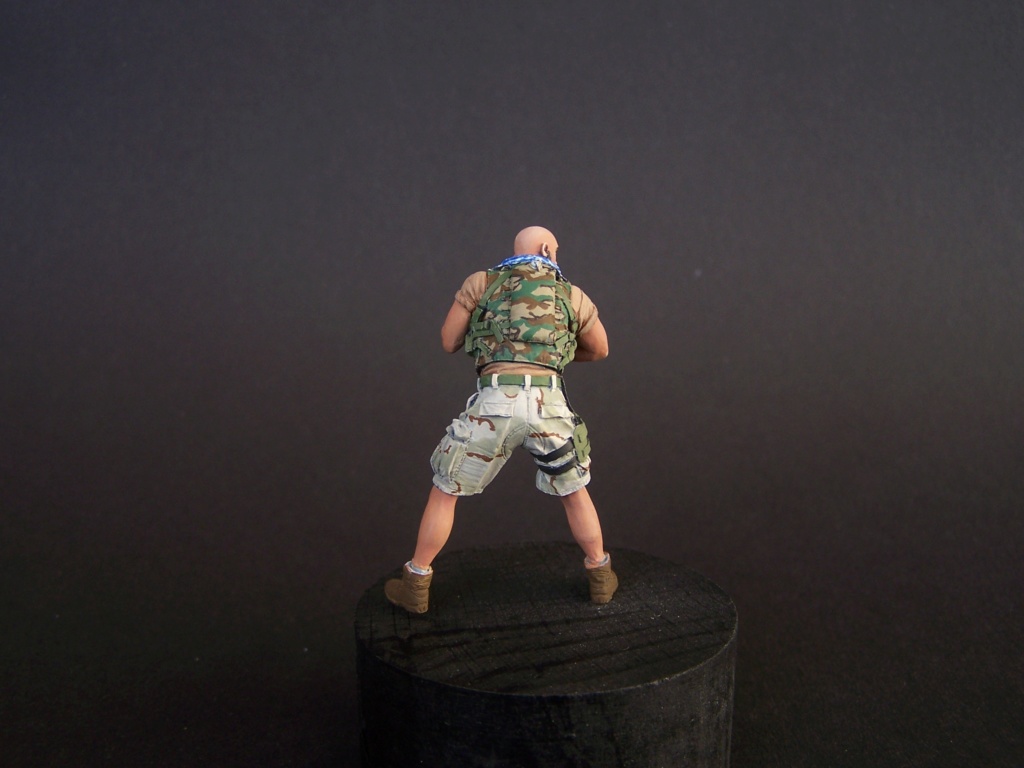 REPLY & QUOTE
spongya (Andras) said
I can't find the official album, but I finished a 1/35 sniper figure that has been in my stash since, well, forever.

The base is the top of a liquor bottle - unfortunately the Tamiya base material cracked it as it dried.

The plants are assorted laser-cut paper plants (and a long brush), stained with oils as they were a bit too green.

So I guess I'm done

(I'm not very happy with the results, but for my figure painting skills, it is not bad...)

Weapons painted, I have to add the slings and it's almost ready 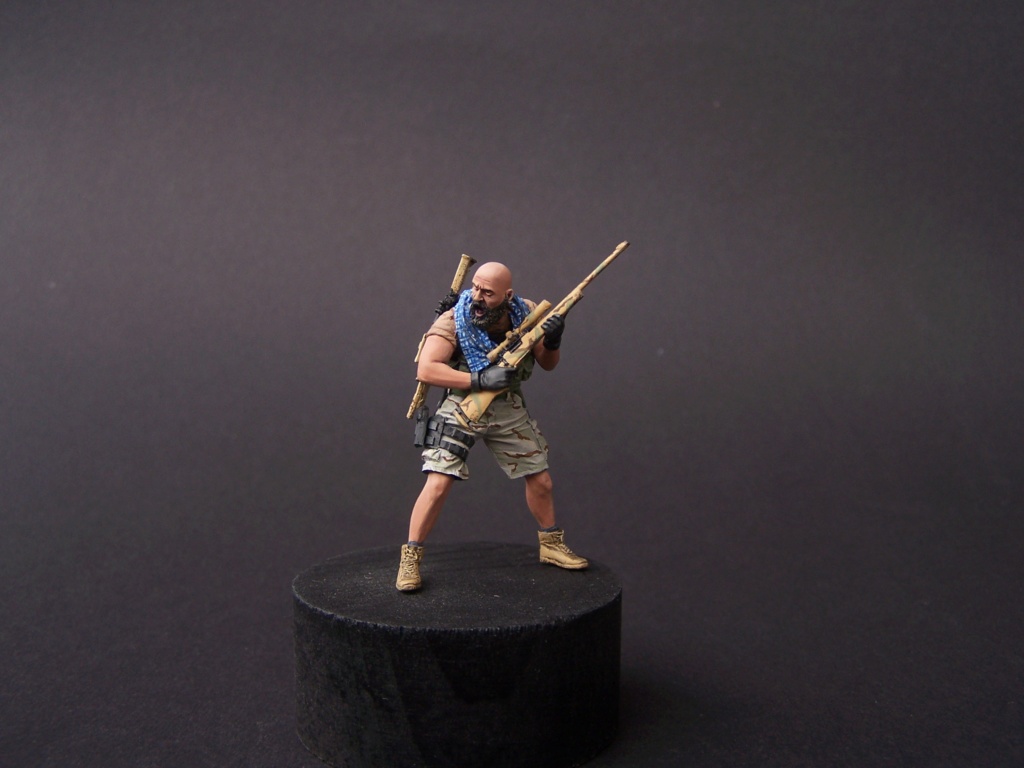 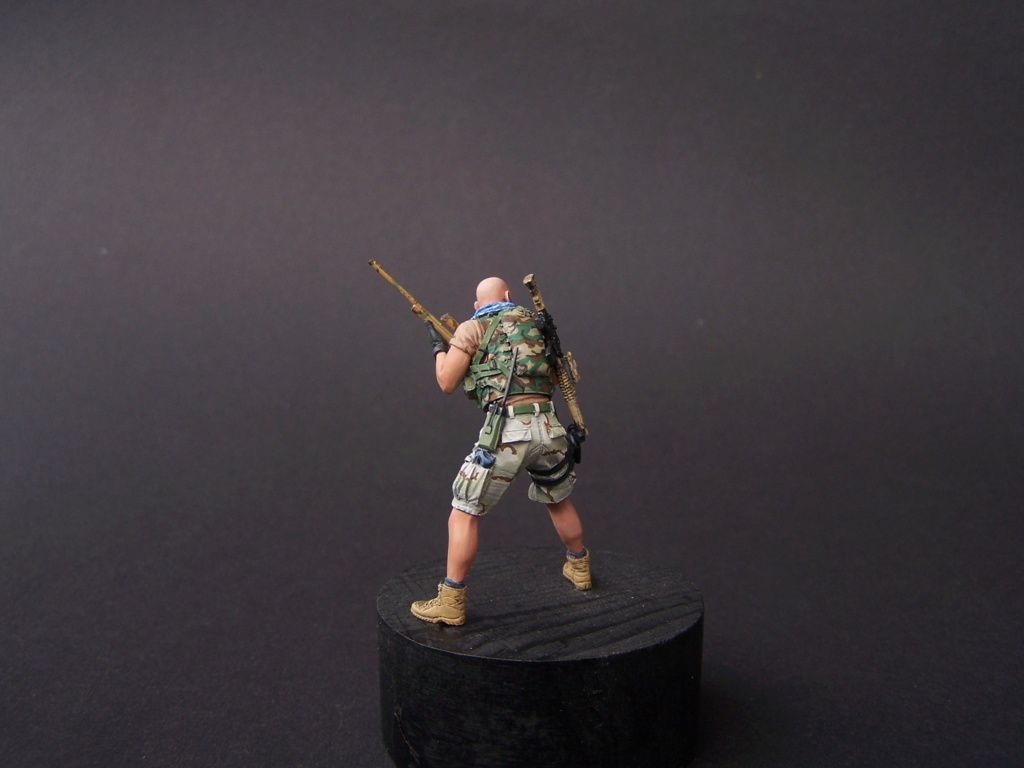 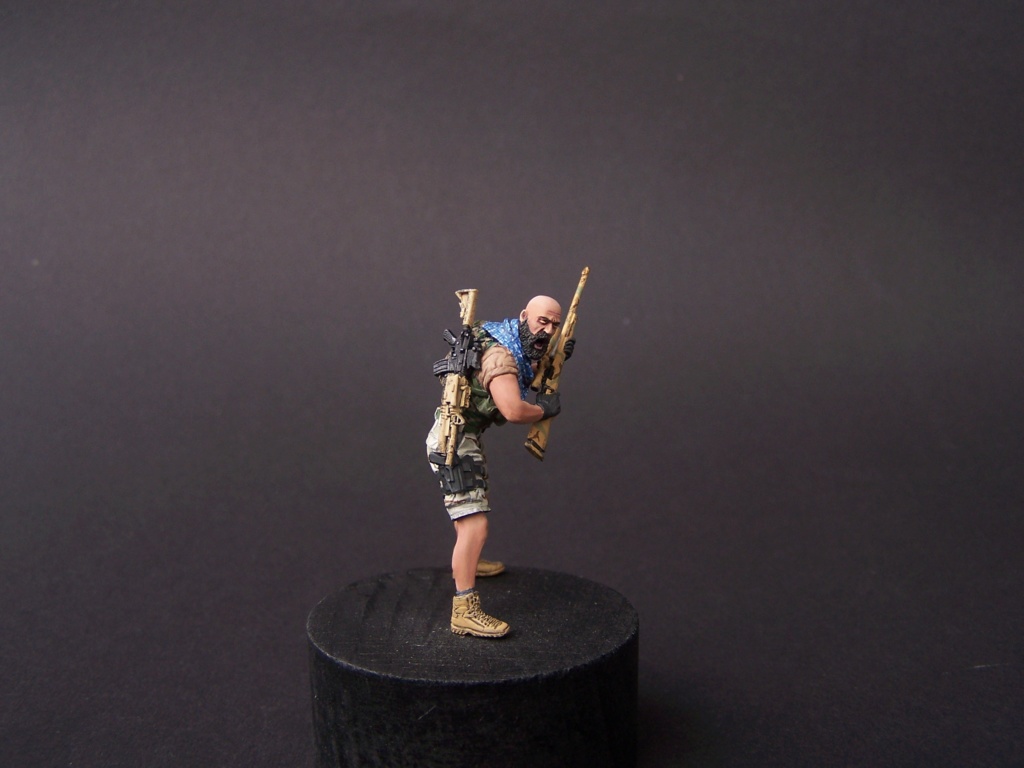 REPLY & QUOTE
Klaus-Adler (David Myres) said
wow you guys are really knocking this campaign out of the park, well done to all those who have finished their figures already. Below is a link to the gallery i have created so you can post your finished figures there.