REPLY & QUOTE
YellowHammer (John McDaniel) said
Hi All,
I had a friend in Honduras post a video on their facebook page showing a column of Saladin A/Cs on the highway to Cholutecca. Purportedly to help pacify the protests currently going on in the country.

Here's the link.. Hope it works

Some of the Saladins are towing light artillery pieces. This video made me wonder what other countries out there may still be using Saladins and can anyone ID the artillery?

REPLY & QUOTE
Frenchy (Henri-Pierre) said
I guess this could be the AA gun featured in the video : 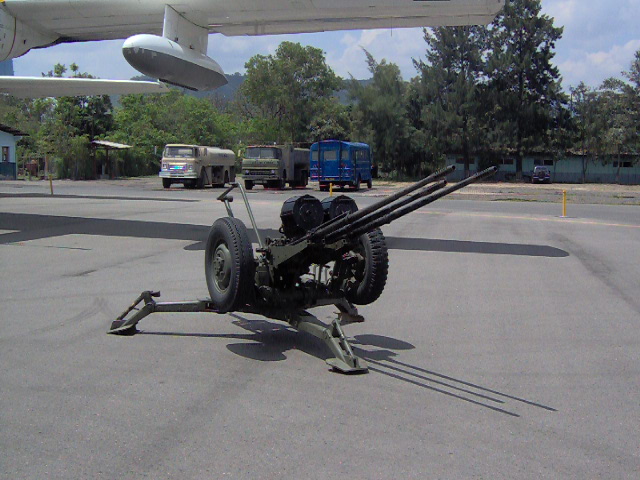 Looks like a Yugoslavian-built Zastava M55A2 or A3 AA mounting with triple HSS-804 20 mm autocannon...

According to this site the Hondurian army has 34 of them...

About the gun itself :

Talking about Saladin current users, you can check out Wikipedia as a starting point :

REPLY & QUOTE
YellowHammer (John McDaniel) said
Thanks guys. Frenchy I think you are right. On my first looks I thought the artillery had single gun tubes but now I can make out the three barrels. They would certainly be intimidating to unarmed civilians. Much appreciated