Italeri have also announced a variety of new cars for 2020.
https://www.italeri.com/en/article/740
In 1/24 there are four new Mercs (including a 1954 Fangio car and 70's rally version), a 80's Range Rover, 3 different jeeps ranging from a Willys to the modern versions, and a 935 Porsche. In 1/12 scale there is for rally fans a Lancia Delta Integrale.

At Nuremberg Tamiya have also promoted a re-boxing of their 1/12 Porsche 934 in both Vaillant and Jaegermeister liveries along with photo-etch parts. I believe that the original moulds for this kit date back to 1976, but it will be very interesting to see some new builds coming through.

REPLY & QUOTE
Joel_W (Joel Willstein) said
Michael
Thanks for the heads up on the new up coming releases. Tamiya really kept the 2020 Ford Mustang IMSA GT4 releases top secret as I never did hear a word about them. With that being said, the two cars shown are just Ford Factory show cars that won't be racing on a track.

I can't wait to get one, but won't be building it till there's actually some decals available for a current racing car, which should be sooner then the kit hits the shelves.

With that being said, Ford Performance has promoted Hailie Deegan to be one of their two drivers for the 2020 IMSA Michelin Pilot Challenge series team. What's more, the paint scheme is that of Lyn St. James from the 1985 IMSA GTO season. 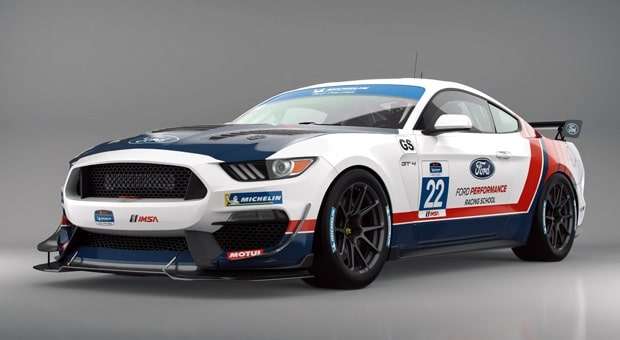 Ford Performance development other team driver will be Chase Briscoes in the No. 22 Multimatic Motorsports Ford Mustang GT4.

I'm sure that there will be enough interest from GT4 teams in the Ford Mustang rather then sticking with the Porsches and BMWs that have ruled the class world wide.

REPLY & QUOTE
Hwa-Rang (Jesper Bjerregaard) said
Both pretty cool models. Thanks for the heads up Michael.

And, I will definitely be picking up one of those GT4 Mustangs.

REPLY & QUOTE
I love the smell of Tenax in the morning....It smells like a day off work.
I drive a Jeep, but i still bleed Ford Blue....