Thanks in advance for any information on these fuel tanks.

For whatever it's worth, the fuel tank was present on the Adam Wilder video series on weathering of the KV-1 tank. Wilder never said which kit he used as a starting point for his project, but I assumed after finding the Trumpeter KV-1 tank, that that was the appropriate kit, albeit with a number of modifications/changes, such as some of the sponsons were removed, as if damaged, and sponson support brackets were apparently twisted/damaged as well.

Regards and again, thanks in advance for any help anyone can provide! 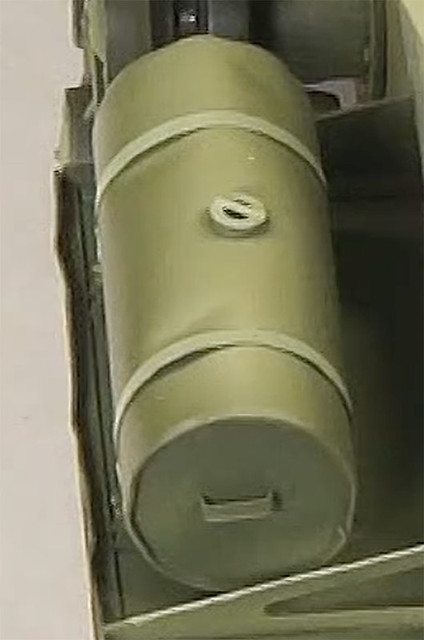 So... There are various in-kit and AM Sov cylindrical fuel tank sets out - usually marketed for and/or with T-34 tank kits. I've seen some (Dragon, I think) in-kit sets with PE handles, and have replaced the molded-on "handle ridges" on Tamiya T-34 tanks with small styrene or metal strip handles. While these bits are usually associated with or marketed as being T-34 items, they should, I think, be legit and work fine on KV builds, too?