REPLY & QUOTE
Jacques (Jacques Duquette ) said
Help to produce a proper BMP of any variant whether -1, -2, -3, or beyond. Anyone can add information, all contributions welcome. This should be used as a one-stop thread for information on references, tips for kits, etc... Please start a new thread for a BLOG or general discussion.

REPLY & QUOTE
tembelis (Alexander Samoilis) said
Hi everyone i am new to the forum community although i build models for more than 15 years. I can claim that I am very interesting in Soviet era vehicles that is why I whould like to give and receive any kind of advice. I had served in Greek Army BMPs during a short period training course and i can provide several informations to anyone needed. I build my BMP using the old Dragon-Italeri kit, but I believe that the new Trumpeter should be much-much better.

REPLY & QUOTE
juljon (Julian Lewis) said
I am ging to make the Trumpeter BMP 1 used in Chechnya, can you advise me the camouflage colours used.

REPLY & QUOTE
tembelis (Alexander Samoilis) said
Most of the russian vehicles in Chechnya were in the standard green, though some were also in the -then- new camouflage of light sand and black. From the Wydawnicto Militaria book for the BMP-1, there are photos of BMPs painted with light sand, black and red brown using randome patterns. Also black was used staight on the dark green. I believe that any of the above will be o.k for the conflict. Keep in mind that each unit was able to apply its own colours, according to what was available. I hope I gave some help.

And here are a few pics : 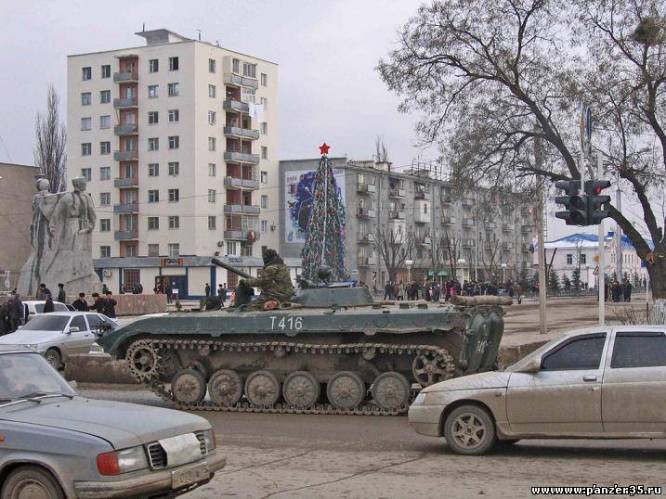 REPLY & QUOTE
Rogi01 (Igor.K) said
Instead of making a new post, BMP-3 in the South Korean ROK is the Trumpeter BMP-3 "Early Version" suitable for the ROK?

Thanks guys for any help

REPLY & QUOTE
retiredyank (Matthew Nethery) said
I'm modelling a BMP-3 in Cyprus. I plan on super detailing it. In particular, I need detailed photos of the interior.

Have a look at twower.livejournal.com
there is a really interesting report about the 20 Motorized Brigade with some interior pics of the BMP-3.
Here is a direct link but if you use the search engine with the words 20-я мотострелковая бригада
you fill find plenty of useful pictures.

REPLY & QUOTE
long_tom (Tom Radigan) said
I was wondering about the missile and launch mechanism atop the BMP-1. Same color as the rest of the vehicle, or different? Nothing specific on the Trumpeter instruction sheet.

REPLY & QUOTE
bison126 (Olivier Carneau) said
Yes for the launching post. I have seen most of the missiles "painted" flat aluminum but a light green shade is correct as well.

REPLY & QUOTE
Batpatchedscout (Zdenek) said
Launching rails were delivered in colours of bare metal, blackish one (something like smoke colour) and a vanadium shade (something like greenish aluminium metallic). Both were of the same use, no difference.

9M14M ATGMs were produced and delivered in a couple of colours and colour combinations...

Full "silver" or better aluminium one is "weight equivalent", i.e. "school" round. All time safe, dummy..., one piece of this is part of vehicle "set"... and is for handling, loading and unloading practise.

Round with aluminium/silver warhead and green engine but with silver wings is a "test" round used for calibration and testing of control/guidance box, connection to launching rail and to the missile, it shows reaction to push button and "joystick" moves on the gauge...

Round with black warhead and with green engine and green wings is "blank", non exploding one, let's say "practise" for live fire training.

Full green missile is "live" one with cumulative warhead.

Stenciling is black or yellow (depends on producer) on green, black on aluminium/silver, white on black, there could be red cross or red triangle... 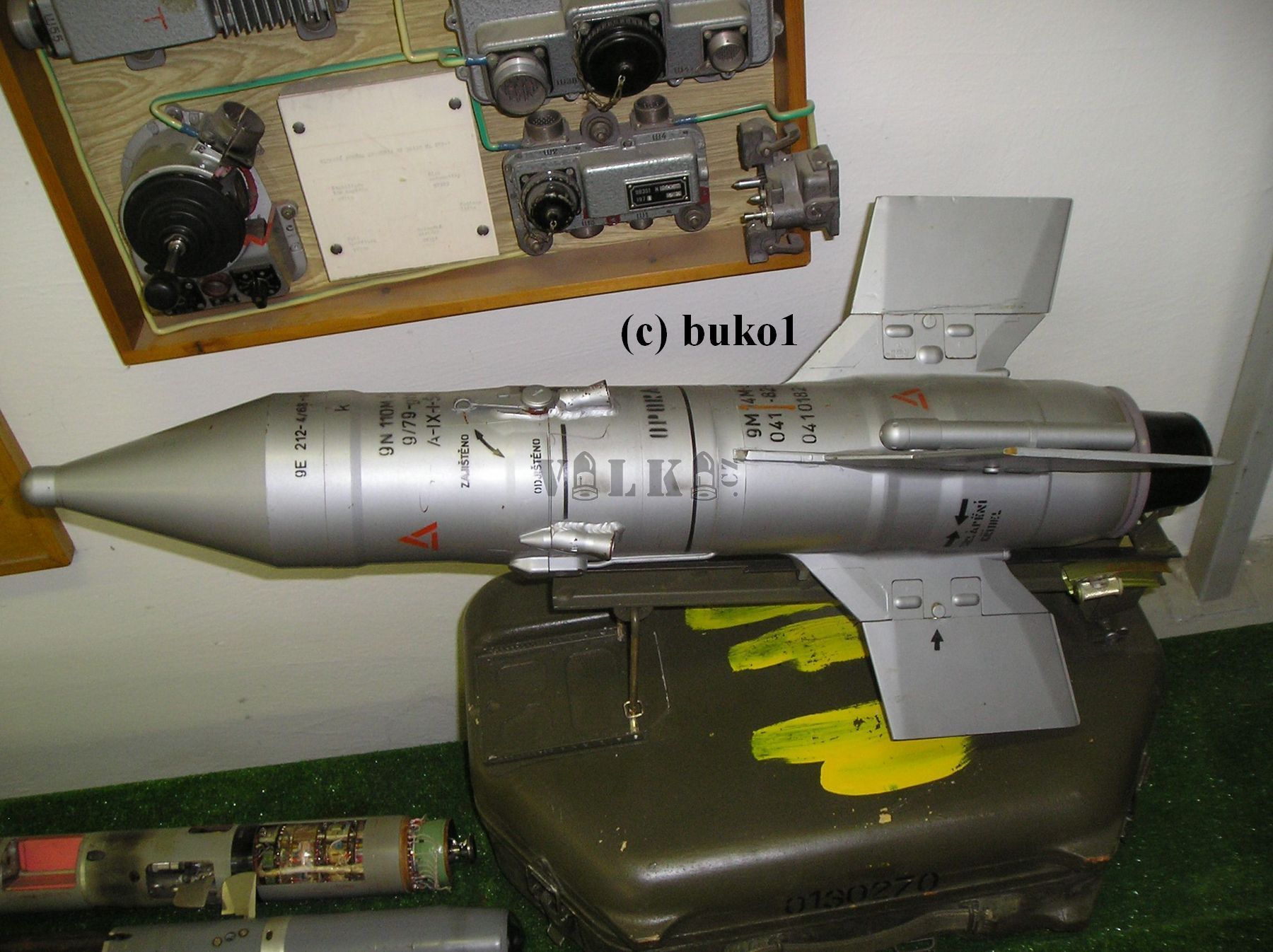 Be aware that the Chinese make a copy that has its own set of color codes (that I do not know):