Campaigns: Completed Campaigns
Campaigns that are completed should be grouped here.
Hosted by Richard S.
Where You Served Campagin

PHOTOS
Lonewolf7usa (MSCorley) said
AS an added bonus I have family who have served as well. Father did three tours in Vietnam, I was in Desert Storm, and my younger sister was in operation Iraqi Freedom. And People wonder why My mother has a bad heart. LOL.
'United States Army Special Forces! When you care enough to send the very best'

WWW
ophelia53 (Brandi) said
Hi guys,
I have submitted the form and now we wait!

PHOTOS
Thundergrunt (Eugene Watts) said
I am in for sure,great idea, I popped 3 in Iraq and 2 in the Stan, you can count me in. Greaat Campaign. That is kick ass.

" For those who fought for it Freedom has a flavor the protected will never know"
Italeri T-55, Syrian Army 6 Day War Taken out. 2%
AFV IDF Shot. 6 Day War 0%..

PHOTOS
North4003 said
Are we going with the proposed ribbon design?

PHOTOS
HEINE-07 (Rick) said
Thanks to all who defend freedom. I spoke with a WWII vet who told me that some of the hills in Italy were so steep that everyone got out of the half-track and sat on the bumper so that turns could be made, going up-hill. I always thought this would make an interesting diorama...but, I work way too slowly to seriously consider this, even with Sep 2014 in view. I have actually been sculpting a couple 1/16th scale USMC figures based on a family member who served in WWII. These two sculptures were begun several years ago, and it seems that Sep 2014 might be a feasible end date, but, I can never really be certain when they will be complete. This slowness about my manner is the primary reason why I never join campaigns--they always seem impossibly too short. Y'all who set the framework, might likely take exception that the work on my two sculptures has already been in progress since before the start date.

The thing I am aiming for is the exceptional uniform of these marines which never shows up in models, but, which seems commonplace in the photo collection we have. What we see is khaki shirts which are torn into short-sleeve shirts, and the tails are torn off. Likewise, the dungarees are sometimes seen torn into shorts. Some of those in the south Pacific even sliced their leather boon-dockers into sandals. These are airbase marines.

PHOTOS
ReconTL3-1 (James O'Leary) said
I'm in. I'm undecided what I will actually model at this point as my Grandfather was in WWII and Korea and my father served 2 tours in Vietnam.

If I decide to do something concerning my service (25 years so far), it may be something from back when I was a Recon Marine or perhaps something from one of my tours in Iraq or Afghanistan.

I have quite a few things to chose from, so I guess it will be more of a matter of what I might be able to get finished by the end of the campaign build.

I'm looking forward to it, though.

PHOTOS
M-123driver (Frank Finn) said
I served in the Corps from 1976-1980 during a brief period of peace but I still have plenty of memories to draw from. As a matter of fact that is what has brought me back to the hobby after many years. In my middle-age nastalgia I want to build replicas of the vehicles I drove and equipment I served in and around. This is a great theme for a campaign.

WWW
fhvn4d (Brian) said
Hey Brandie....welcome home!! I would love to chat with you about your experiences and share a couple of mine. I was at Liberty in 2009. I have often thought of a way to build a diorama of my experiences. It always started with "the lineup". I was the TC of a gun truck in an engineer battalion, and we had this area that we always lined the trucks up to get the convoy ready. If only someone built Maxx Pros, 916s, and Hets in 1/72 scale, I could do the whole convoy!!

Hit me up sometime at [email protected], or Brian Messier on facebook! and thanks for serving!

PHOTOS
TankSGT (Thomas ) said
Just signed on. I have figure what vehicle to build. I crewed 5 different tanks. Cheers.

PHOTOS
noddy927 (Peter Sutherland-Findler) said
Just signed up for this one. My service was many moons ago, served in Northern Ireland, so I have something in mind.

PHOTOS
gcdavidson (Graeme Davidson) said
Neat idea. I'd be in.
Why plan when you can react?

WWW
ophelia53 (Brandi) said
Hi all! Glad to see everyone here. Sorry I have been MIA but looking forward to working on this project soon!
My Carentan build log:

PHOTOS
jkb_sprint (john) said
Hi Brandi. I would like to participate in this campaign. It's been a long time i wanted to build a M60 A3 TTS2 that i served with for 6 years. Now it seems like a good chance to do it. I have the Tamiya kit for this one and the tank in question is in the photo below.

PHOTOS
Zaaphod (Josip) said
My dad served in Czechoslovakian army and while resenting the hell out of those two years, he have some interesting stories to tell. He was a radio operator and as it is known, those things comes with extraordinary power. He said when conditions were right, he could actually catch their own relations as they got around Earth. One time, they saw a pair of civilians, some communist big shot with his kid, playing with RC airplane, unaware of their presence. Commander said "watch this", he switched on radio and poor RC plane crashed down, as powerful soviet made radio messed up with controllers signal. They had pretty good laugh out of that. I can actually imagine that scene pretty well, too bad I never did any kind of diorama before. Maybe in few years

Have fun, guys.
Everything must come to an end. Preferably in humangeous explosion! 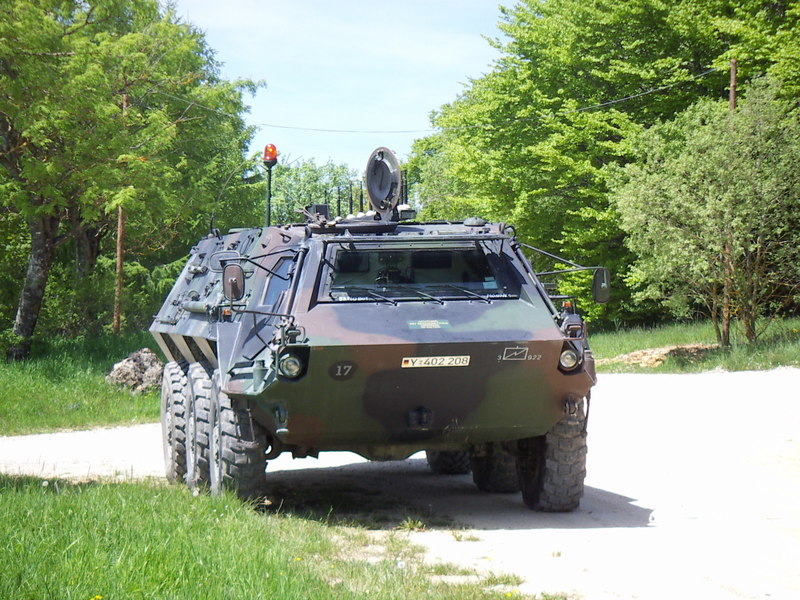 Thanks Brandi, just did.

PHOTOS
TankSGT (Thomas ) said
I reread the entire thread and want to say thank you for your service one and all. I was a Cold War Warrior and though always ready was never called. Also thanks to the countless family members for the same. We lost my great Uncle on Iwo Jima my years ago.

This will be an interesting campaign to say the least with quite a few stories to go with it.

Brandi, thak you for your service and the idea for this campaign. Cheers.

Why plan when you can react?

PHOTOS
junglejim (Jim Carswell) said
Good choice Graeme - I want to see the road wheels and worn metal/rust effects just like that photo! Should be a good exercise in weathering.