REPLY & QUOTE
DanielD (Daniel Dacey) said
G'day everyone and welcome to my build blog for the RS Models Curtiss Hawk II in 1:72 scale.

Aircraft have always been my favourite subject for modelling, so it's no surprise that when I got back into the hobby last year, after a twenty-five year absence, that it would be an aircraft model I would select for my first build. My choice being the newly tooled Airfix 1:48 Me109e. An absolute joy to put together and a revelation compared to the Airfix kits of old. It was one of many surprises as I reacquainted myself with the hobby. Since then Ive had a go at armour, military figures and fantasy, but aviation has always been the soft spot for me.

So when Jim did his Mail Call and asked if anyone was interested in doing some reviews, I knew this was something I wanted to have a crack at. Id already done some reviews on my blog and YouTube site, so that seemed manageable, but what subject would I write up? Now normally I wouldnt be one to put my hand up for a biplane, but there on the list of kits on the Kitmaker website for review was the RS Models Curtiss Hawk II in 1:72 scale.

Who are RS Models? I had no idea at the time, but I knew this beautiful interwar fighter was something I certainly wanted to build.

Ive built many plane kits over the years, but tended to stay away from biplane kits, with their complicated wing arrangement and generally troublesome fit. At least that had been my experience in my last build of one, back in. 1973!

Now cut to today and I have this lovely little kit of a Curtiss Hawk before me, thanks to Jim and Richard. Ive already written up the inbox review, which you can find on the Aeroscale site in the reviews section and now its time to share with you all the glory and no doubt challenges as I reacquaint myself with a kit build of a biplane after quite an absence. I hope you enjoy it and I equally look forward to your suggestions and advice.

So lets get started.

The kit includes some photo etch and resin details.

I decided the best place to start with the kit was with cleaning up the resin parts. I also cut out some of the photo-etch parts I would need for assembling the engine.

This progressed very quickly and it wasn't long before all the parts were cleaned up. I used sprue cutters to remove most of the parts from the excess resin and a sharp hobby knife to cleanup around the radial engine. Finally a light sand and all the parts were good to go. While resin can be a nice addition to a kit, this is one part of this model that puzzles me a bit. I cant help thinking that all these resin parts could have been just as easily moulded in plastic and been just as good or certainly near enough in 1:72 scale to not matter.

You will also notice I only prepared one of the resin engine cowls, as I had already made my choice of subject, which will be the Chinese Airforce Hawk shown on the box art.

Next up is work on the engine.

REPLY & QUOTE
DanielD (Daniel Dacey) said
Step 1 of the build is putting the Pratt and Whitney radial engine together and its fair to say this is where I hit my first snag. You see I don't build a lot of aircraft subjects with radial engines and certainly not kits that had this level of detail. So just where do I lay out the photo etch parts? Unfortunately the instructions were none too clear and an afternoon trying to find some pictures to give me some ideas ensured. I gave it my best guess, but I wont be surprised if I got it wrong.

You will also notice the plastic grey piece to the right. This is the engine mount and holds the engine to the front of the fuselage. The instructions suggest fitting it to the engine now, but whilst test fitting I drew the conclusion it would be easier to fit this to the fuselage in a later step, where you could fill any gaps and paint it. So I skipped this step in the assembly for now.

Here you can see a test fit of all the parts.

The instructions also mention a plastic part that attaches to the rear of the engine. I deduced this had to be whatever the equivalent is on a radial engine of a manifold and exhaust stacks, but once again things got confusing when I saw I had a choice of option A or B.

So which is it? You see there is no reference anywhere else in the instructions about what subject choice is option A or B! In frustration I headed off to RS Models web site and fortunately found a photo of the completed model in the same markings as I had chosen. There I learnt my model should be option B.

You will also notice I have to attach numerous exhaust stacks to the model, referenced as part H. The takeaway is part H doesn't actually exist in the kit. I presume you are supposed to make them from wire or maybe very thin plastic rod. Since I didnt have either to hand at this time, Ive put off doing this step until I do.

If anyone has some good references to photos or diagrams of how these were placed on the real engine, please let me know. I would be very appreciative.

Next it is on to the cockpit assembly.

Actually, the instructions are clear as to which exhaust arrangement/cowling belongs to which version. The sequence you included in your post is divided in an upper and lower half both on the left and on the right side of the exploded diagram. The top half being variant A and the lower half variant B. Since you already decided to do the Chinese version, you will need to bend the 9 individual stacks as your model will need variant A. You could try to make these from stretched sprue or Evergreen rod, but this would require carefully heating the plastic and then try to bend it around something with the required radius. This will take many more attempts then actual stacks needed before you have 9 roughly the same pieces. For parts this thin, 0.8mm, i prefer to use soldering tin. You'll need one of the thinner variants, and you should be able to get this in electronics store (radioshack?). Soldering tin is very easy to work with as it is a soft metal. Brass could be another option but is slightly more difficult to work with as it is a harder material.

Follow this link to see the actual arrangement of the exhausts:
http://www.jetzone.de/museum/krakow/index_02.html
As you see the kit instruction are not correct, as the bend is nowhere near as strong as 90 degrees.

I hope this helps

I'll be following your build closely, as i'll be attempting the same kit in Thai markings sometime in the future.

REPLY & QUOTE
DanielD (Daniel Dacey) said
Hi JDWolf,
Thanks for the link. Very useful in understanding how the exhausts should look. Its funny but I got up this morning and had the exact same thought pop into my head about using solder wire. Ive got a couple of different sizes of the stuff in my toolbox, so will take a look tomorrow and see if anything will suit the job.

The picture of the model on the RS Models site, looked to be using the other option, but after your comment, I went back and took another look and now I'm not so sure. As you described the instructions, does make sense, so I think I will go with it that way.

Hope you enjoy the build.

REPLY & QUOTE
Jessie_C (Is a secret) said
Your engine is the Wright 1820 Cyclone, a very popular engine of the day.

This is a helicopter mount, but you can see the exhaust stacks leading out of the upper corners of the cylinder head and into the manifold. Your model only needs the individual stacks, one per cylinder. As you look at the rear of the engine, the exhaust stack goes into the left side of the cylinder head. The right side gets the fuel/air induction pipe. 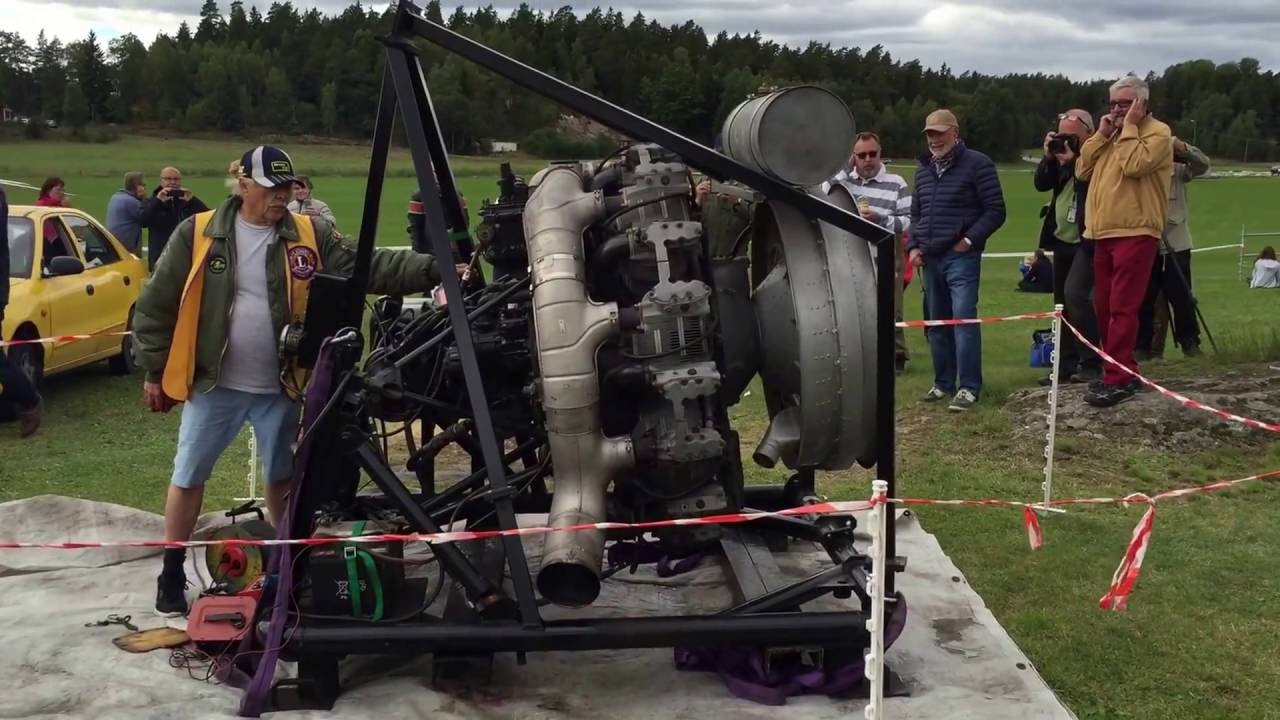 REPLY & QUOTE
DanielD (Daniel Dacey) said
Thanks Jessie! That is an awesome photo! Your description and photo will be very helpful.

Will be getting back to the build tomorrow. Right now I am cooking on the bbq and enjoying a beer. Life gets in the way of the hobby sometimes.

REPLY & QUOTE
CaptnTommy (Tom Anderson) said
the engine mount looks familiar, do you know which helicopter it came from?

REPLY & QUOTE
Jessie_C (Is a secret) said
Probably an S-58/H-34. The current owner has had to do a lot of modifying to get it to run the way he has it mounted

REPLY & QUOTE
goodn8 (Thomas A.) said
Hi Daniel!
I'm very jealous about your kit. Wish I could build it.
Except the design of the fixed gear (China license build?) it's one of the famous types flown by Ernst Udet while the Olympic games 1936
the Curtiss Hawk II 'D-IRIK'

good start so far - and always listen to Jessica's advice...

I've made some more progress on it and will post the pics soon.