More progress this evening. Completed the first step with the aft panel of the chassis, and started on the road wheels.

The instructions do not call out parts D5 & D6, even though they are included on the sprue, and the mounting holes on part W20.

Parts lay-out. Another 20 just for this step.

Attached to the chassis

. Needless to say, the wheel is very loose on the axle. Will have to figure out a solution to get a proper fit. I'll get all of this painted first before installing at the end of the build.

Missing parts in a Dragon instructions, why am I not surprised.

That is quite a gap on those wheels. Its the first I heard such a thing about Dragon.

A lot of parts to make those road wheels but they will look good. The rubber tires being separate will sure make it easier to paint them.

REPLY & QUOTE
petbat (Peter Battle) said
Sorry, Mark. Had a bad storm here Sunday and lightning frazzled my network adapter and a few appliances around the house. Came through the Ethernet connections. Only just replaced the part.

Yep, it is a chore and yes I did warn you it was not a quick build with lots of test fitting and putty, but it looks like you have tamed the beast.

You seem to like adding detail, so I'm not sure if you want to fill the big rectangular hole in the ammo container or not - the wall is actually supposed to be flush completely across. The recess is actually just a gap where the block of wood is moulded on the outside.

Also, where the grab handle bolts, crane rest, etc, are on the outside of the ammo container, there is a little rectangular plate with a nut on the inside. Also all the rivets for the cross bracing are on the inside too (but even I wan't that crazy) 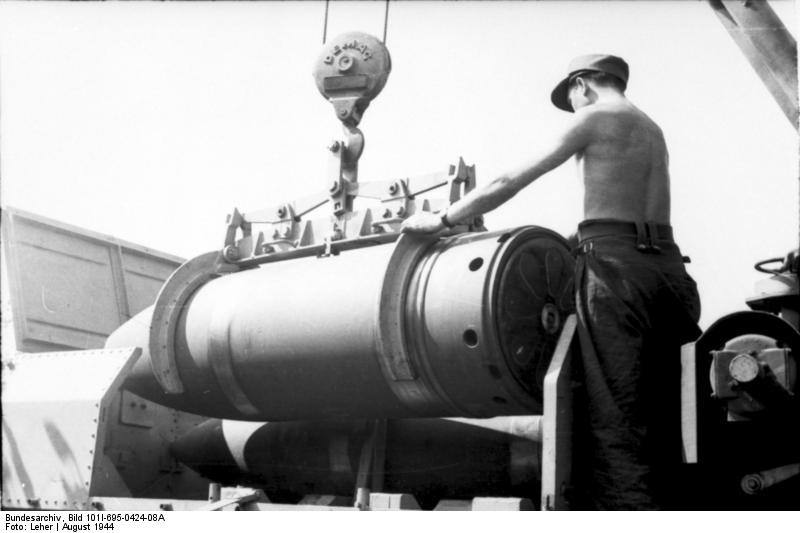 Ohh... and don't look too closely at the grapple..... or the cut outs around the rear circumference on the ammo round....

Have fun with the seam lines around the ammo retaining straps.

REPLY & QUOTE
petbat (Peter Battle) said
and your 4 is coming along nicely too... err, Mark #2

This is gonna get confusing

The running gear is not the multipart components you get with some of Dragon's other Panzer IV's: 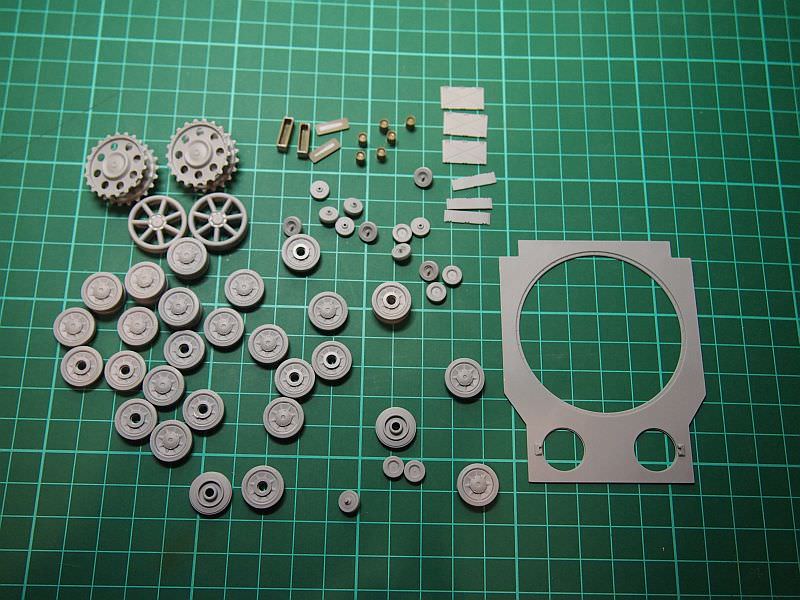 Haven't decided whether to use the early drive sprocket or go for the later one. Pics show both used at times. Also in this pic is the start on the AFV Club ammo set I am using as well.

The hull under way. Tip for anyone building this kit, the shell racks with the holes are not perfectly rectangular, so make sure you put them in the right way. There are two more doors to fit to each bin here. I'm thinking of adding figures. I haven't decided on a reloading scene or action scene yet. The cartridge racks have no doors, and I can't find any references to say if they had a canvas cover like some other vehicles...might just add them anyway, to cover the fact both racks have the same missing cartridge cases 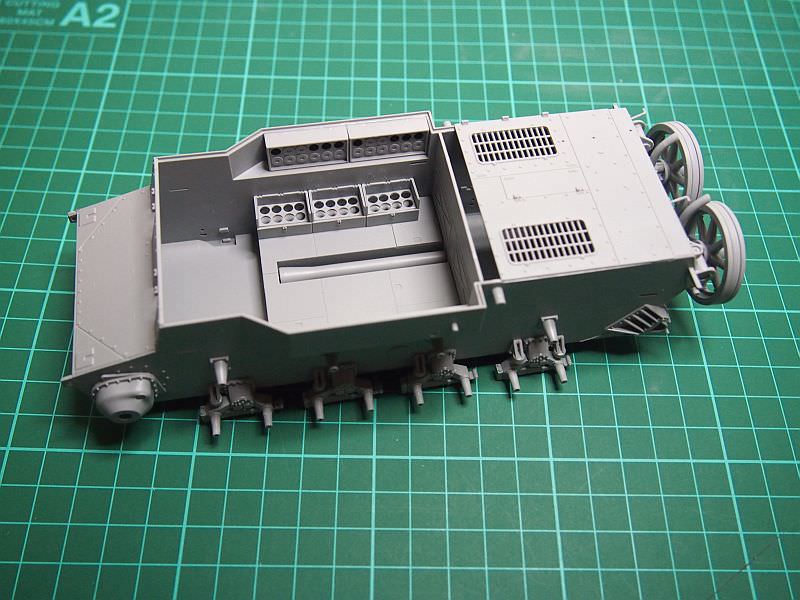 One big draw back on this kit, like the Trumpeter one, is no driver's compartment. Anyone wanting to display the gun turret dismounted is going to have a glaring void. Once the turret is done, I will see how much is visible with it in place. I may have to scratch build some of the compartment.... and work out which bits were Panzer 3 and which Panzer IV. If Dragons drive train position is correct, they must have had the same Panzer 3 transmission as the Hummel

The wheels for the gun frame when the turret is dismounted. Dry fit to hull. A lot of time spent on removing mould seams here, and I missed the one on the aerial mount. That is the best thing about taking pics.. you see your mistakes. 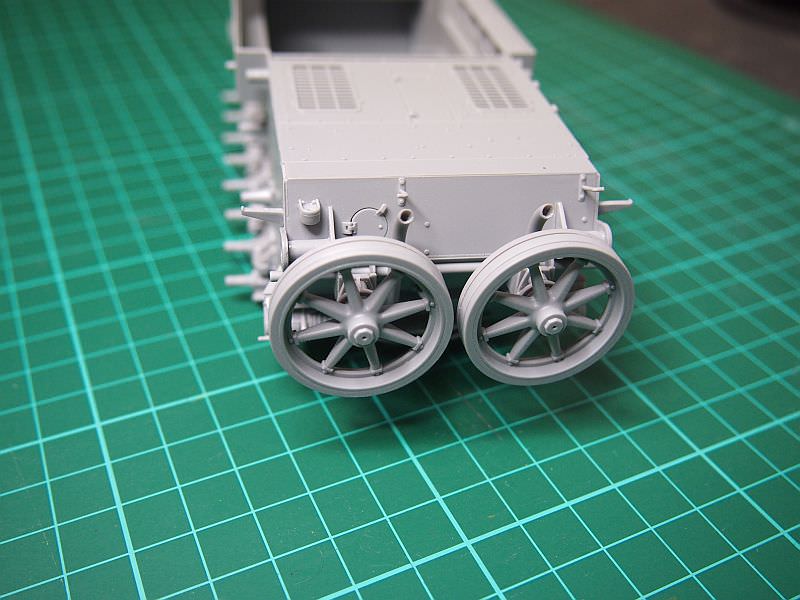 There is a panel to add underneath too 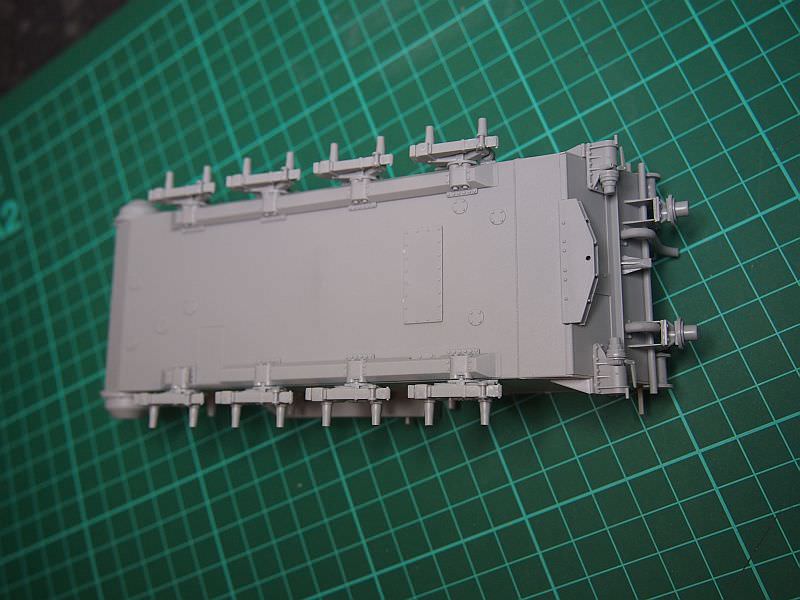 .. and I found out why they are called Magic Tracks - when ready to be built, they magically jump onto the kit without any instructions from Dragon on how to assemble them 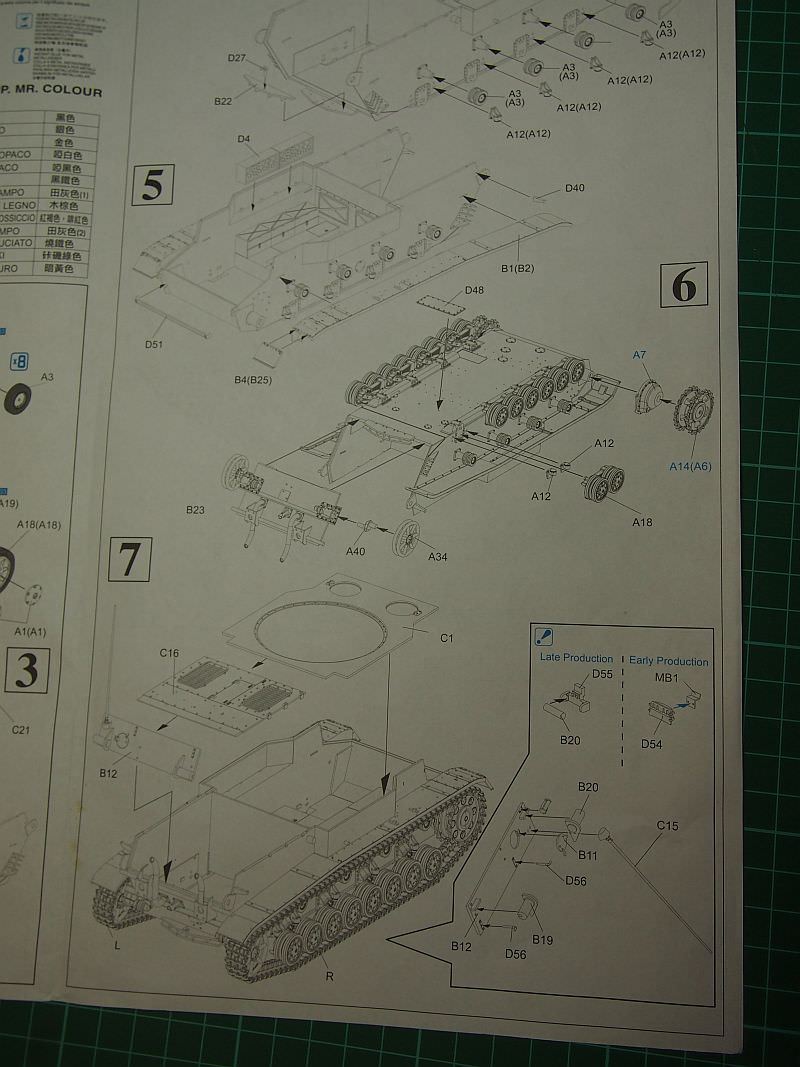 .. and I found out why they are called Magic Tracks - when ready to be built, they magically jump onto the kit without any instructions from Dragon on how to assemble them

I appreciate your taste in music. You could have opted for:
https://www.youtube.com/watch?v=MzlK0OGpIRs

And to think when Freddie and the boys played at the Sunbury Music Festival here in Australia in 1974, they were not well received....

REPLY & QUOTE
d6mst0 (Mark) said
That Grasshopper is coming along nicely. I have this kit so your build will be most interesting.

REPLY & QUOTE
Armored76 (Cristian) said
Nice progress everyone! I should probably make up my mind about the kit I'm going to build... Maybe the Trumpeter A-222 Bereg? According to the box, it has 1000+ parts.

Nice progress everyone! I should probably make up my mind about the kit I'm going to build... Maybe the Trumpeter A-222 Bereg? According to the box, it has 1000+ parts.

You have my vote on that one. I'd love to see that being built.

REPLY & QUOTE
Armored76 (Cristian) said
Thanks Peter! It's just a matter of finding the required time

Dry fitting of the add-on armor

Keep up the great work Mark

It's not pretty, but it's assembled. Works for me.

REPLY & QUOTE
petbat (Peter Battle) said
I hear you on the itty bitty etch. You did a great job on getting the curves on the retaining clip Mark.

I'm not a big fan of little pe parts. My fingers are too big.

It's not pretty, but it's assembled. Works for me.

Big fingers isn't my problem with tiny etch- it's the miniscule amount of patience I have for it!

I hear you on the itty bitty etch. You did a great job on getting the curves on the retaining clip Mark.

Thanks. That really tried my patience. Can't wait to get to the pe latches for the tooling.

REPLY & QUOTE
d111298pw (Mark) said
The hull is mated with the chassis. All the tools will be painted separately and installed last.

The main gun is assembled. Of course, none of it will be visible so I won't bother painting the interior.

Next is the turret.

REPLY & QUOTE
Charlie-66 (Guy DeYoung) said
Here is my entry to the campaign. I plan on building the version with the short 50mm gun, added armor on turret and hull front.

I was thinking about this one but upon reading the rules it looks like only creepy-crawlies allowed, no wingey-thingeys. Shame...