Campaigns: Active Campaigns
Campaigns that are either in planning or underway should be grouped here.
Hosted by Richard S.
Funnies

REPLY & QUOTE
ColinEdm (Colin Key) said
I know we recently completed an Improvised Ingenuity campaign, but has a "Funnies" campaign been done? I am thinking about one-off field conversions, oddball conversions, specialty vehicles etc. Such as Rommels Funnies, US Army Funnies, maybe even Hobarts Funnies, some examples:
Bren Carrier with 37mm Pak
Matilda with Pak
Sdkfz 251 with Calliope rocket launcher ( US Army modded a knocked out Sdkfz with a Calliope mounted on a Pak 40 to use its elevating mechanism)
Pz I with Stuk 40 ( my choice)
M3 Stuart with Flavierling
And so on. Given the German propensity for repurposing captured vehicles during WWII there may be a slight bias here but hopefully people will dig up some new oddballs. Can be any scale, air, sea or land, can be a fully released kit or a scratch built conversion, any era, there would just have to be photographic evidence of its existence. I'm thinking a fall 2018 start, any takers?

REPLY & QUOTE
petbat (Peter Battle) said
In addition to the M3A3 with the Flakvierling, the Yugoslav army also had M3A3 armed with Pak 40

Is the intent for relatively one off conversions due to expediency or need, or more along the lines of conversions to standard gun tanks? The vehicles listed are generally few in number but the references to Rommel's and Hobart's funnies alludes to a wider range of more numerous purpose built vehicles

Hobart's Funnies were quite numerous - Churchill Crocodile, Sherman Flail, Churchill AVRE in its various forms, etc. Similarly 'Rommel's Funnies' were numerous, 9 Sdkfz 6/3 'Diana', 12 Sig 33B (aka Bison II on panzer 2 chassis), over 20 15 cm s.F.H.13 on Lorraine- Schlepper, etc, with many more of the latter vehicles built than was sent to the WD.

I have a selection of vehicles that would fit the bill here if not limited to the one off, and depending on time frames I would be interested in joining.

REPLY & QUOTE
ColinEdm (Colin Key) said
I don't think we need to limit it to one-offs, although that will add a certain cachet

REPLY & QUOTE
LikesTanks (Richard Long) said
So something like the Dicker Max or Sturer Emil would qualify?

So something like the Dicker Max or Sturer Emil would qualify?

I dunno...even though only a couple of them were made, I don't really consider them 'Funnies' - they were more test vehicles, unless someone can give me a compelling argument...

REPLY & QUOTE
petbat (Peter Battle) said
Colin is the lead so he gets the final say, but the DM and SE were designed and built from the ground up. I think Colin's intent here is best described as take something and bolt it on something else that was not really designed for it.

So add a flame thrower and fuel trailer from the Churchill, to an M4 Sherman and make one of 4 given to the US army to use.

Bolt a panzer IV turret on a Bergepanther

Add a Mig 21 engine to a T-55 chassis and make a fire fighting vehicle... a darn quick one I guess

Just about anything the Israeli's did with old vehicles would fit the bill I guess - Achzarit, Puma, Ro'em, etc

Maybe even conversions like the British Archer and Bishop and German use of French tanks chassis and so on.

The list could go for pages, but if I am right, what Colin really wants to see is people finding obscure conversions and one off's to make the choices really interesting:

REPLY & QUOTE
ColinEdm (Colin Key) said
You nailed it Peter, I am not always the most eloquent lol.

REPLY & QUOTE
RobinNilsson (Robin Nilsson) said
I would be interested, if time permits and I don't "burn" myself on the campaigns I have already joined.
If I join I might go for this: Maybe a T-34 with Panther roadwheels 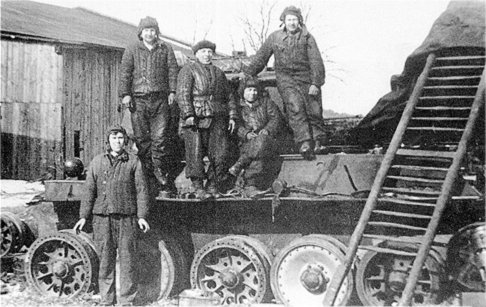 It's like modern marriages:"Honey, hurry, your kids and my kids are beating our kids!"
/ Robin

REPLY & QUOTE
tatbaqui (Tat Baqui) said
That image of an Su 76i reminds me to pick one up from the LHS : D

REPLY & QUOTE
ColinEdm (Colin Key) said
Yes, the Su76i and flak T-34 would be suitable, suppose the Panther/PzIV hybrids would qualify as well.

REPLY & QUOTE
Jmarles (Julian Marles) said
Don't forget the 75mm gun on a KVI. Trumpeter made one; it's a bit long in the tooth but...

REPLY & QUOTE
barkingdigger (Tom Cromwell ) said
I've got plans to do the Spanish M60A1 engineering tank with a bucket arm replacing the main gun, and a Chieftain hull with NCK Rapier crane cab in place of a turret, so plenty to choose from! Late 2018 works for me, so I'm in...

Yes, the Su76i and flak T-34 would be suitable, suppose the Panther/PzIV hybrids would qualify as well.

Thanks Colin. Late in the year seems ok, so am in for this.

REPLY & QUOTE
ColinEdm (Colin Key) said
Just about halfway there, let's get some love for the oddball stuff out there! Some of Saddams weird creations maybe?

Some of Saddams weird creations maybe?

Says the man whose Avatar is a rear end, flame thrower equipped grunt

Some of Saddams weird creations maybe?

Says the man whose Avatar is a rear end, flame thrower equipped grunt

That's what too much time in the middle of the desert will do to ya!

REPLY & QUOTE
Bluestab (Alex) said
I'd probably would be in.

I just finished a BMP-1 with a Duster turret. Something like this is up my alley.

Are "reasonable" what-ifs allowed? And can we use a finished or partially finished kit as the basis of a conversion?

REPLY & QUOTE
ColinEdm (Colin Key) said
Hi Alex, I would prefer that it is something that has been built, even if only a one-off, but with photographic reference. I will allow partially started kits, as long as not more than 50% complete. 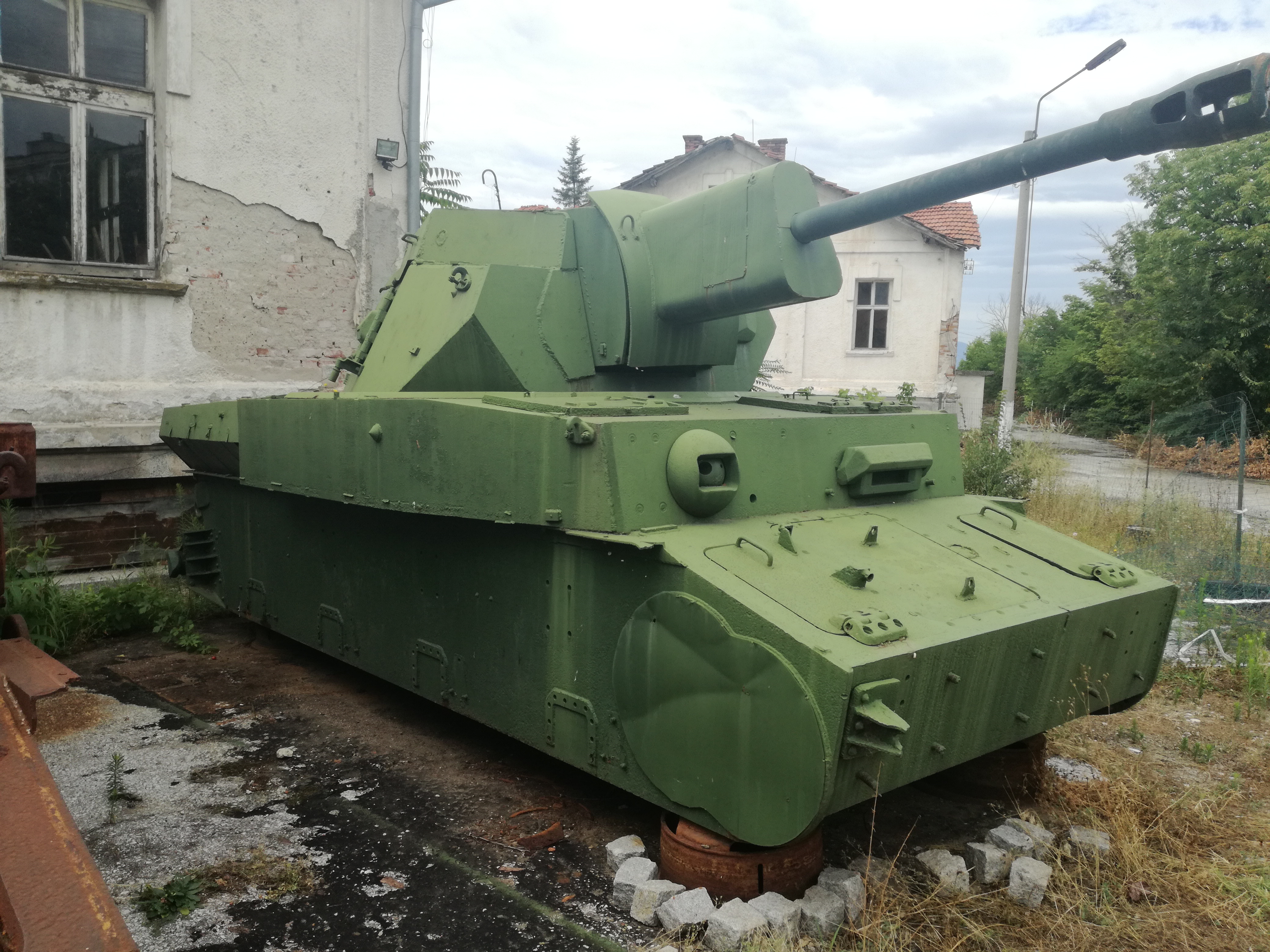 It is a PzKpfw.IV Ausf G frame with a Zis-3 gun(Su-76 version), mounted in Ausf.J turret(Bulgarian conversion from late 1940/early 1950's, when Krali Marko Defensive Line was build on the southern border with Greece and Turkey).

REPLY & QUOTE
ayovtshev (Angel Yovtchev) said
Robin,
Why not?As I see it- a liberal amount of scratchbuilding will be required to cope with turret conversion.
If you are willing to take the challenge-PM me, I can send you some photos.

Robin,
Why not?As I see it- a liberal amount of scratchbuilding will be required to cope with turret conversion.
If you are willing to take the challenge-PM me, I can send you some photos.

I haven't got the time for anything ambitious like this. I thought that You could possibly consider it for the scratch campaign

In that case-count me in.
Name of the project: Krali Marko Defense Line Pillbox.

I think it will suit "Funnies" better.
I have enough shelf queens and planned scratch builds for the other Campaign.