REPLY & QUOTE
gunnerPhil said
Hello,
While surfing the internet I found this picture and though others might enjoy it and it would be an awesome conversion subject: The antenna on the 1:1 one appears to be different though.. 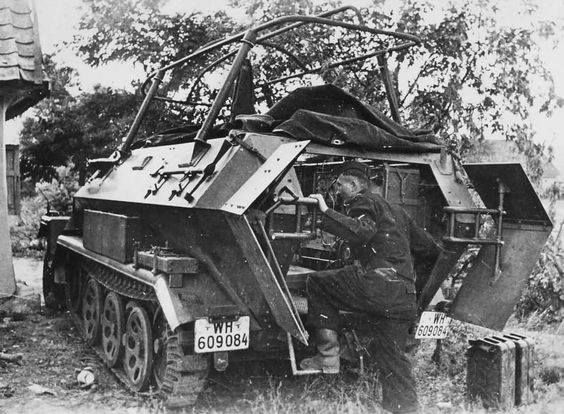 REPLY & QUOTE
gunnerPhil said
Here is another one...

REPLY & QUOTE
brekinapez (Shell Bush) said
Yeah, there were over a dozen variants of the 251. A good base to work from like the original Volkswagens.

REPLY & QUOTE
yeahwiggie (Ron van Wiggen) said
23 officially sanctioned versions actually, some of which never saw production though.
If memory serves me correctly there were 17 in action. Plus a fair number of fieldconversions of course.

23 officially sanctioned versions actually, some of which never saw production though.
If memory serves me correctly there were 17 in action. Plus a fair number of fieldconversions of course.

I believe that you are correct or close enough anyway. I just saw those pics while surfing the net and thought they were interesting as it is hard to find pics of some of the more rare versions or field modifications and someone might be interested in them.

REPLY & QUOTE
brekinapez (Shell Bush) said
I have kits of 16 of the known production variants, plus an extra /1 to convert to a /8 if I can get some good pics of the stretcher bed area.

REPLY & QUOTE
dhines (Dale Hines) said
16 is a lot of variants, I have the 251/22 by both AFV and Dragon that are up next when I finish my current Tiger 1. I am leaning toward the Dragon offering, does any one think the AFV kit is better? Looking at the contents of both kits, the Dragon one looks a little better to me. I should also mention that I have a replacement metal barrel and some etch I can use on either kit.

That is not to say that AFV is not good nor is Zvezda (Tamiya is Tamiya), but whereas my AFV Uhu looks great once finished, it was a fiddly pain in the ass to get together and had rubberband tracks. If it wasn't for those two things, AFV and Dragon would be interchangeable--it would depend on the price of the kit which I chose then.

REPLY & QUOTE
dhines (Dale Hines) said
I have both kits in the stash already, but I tend to like the Dragon kits in spite of the not so great instruction sheets. Correct me if I am wrong Shell, but there is no kit on the market of the 8 you mentioned?? Thanks and best regards.....Dale

REPLY & QUOTE
brekinapez (Shell Bush) said
As Ken says, there is some resin but for some reason no actual kit. I also believe at one time Grey Matter offered a conversion for a cable-laying vehicle (can't remember the '/#' for it) for fans of phone service equipment.

REPLY & QUOTE
yeahwiggie (Ron van Wiggen) said
I built quite a few versions from Tamiya, Dragon and Zvezda. No AFV yet, though the UHU+ Blast conversionset are in my stash. As is MR's 251/8 and Grey Matters 251/15.
For eeasy of building I prefer Tamiya, for detail Dragon and for the versions A and B Zvezda. 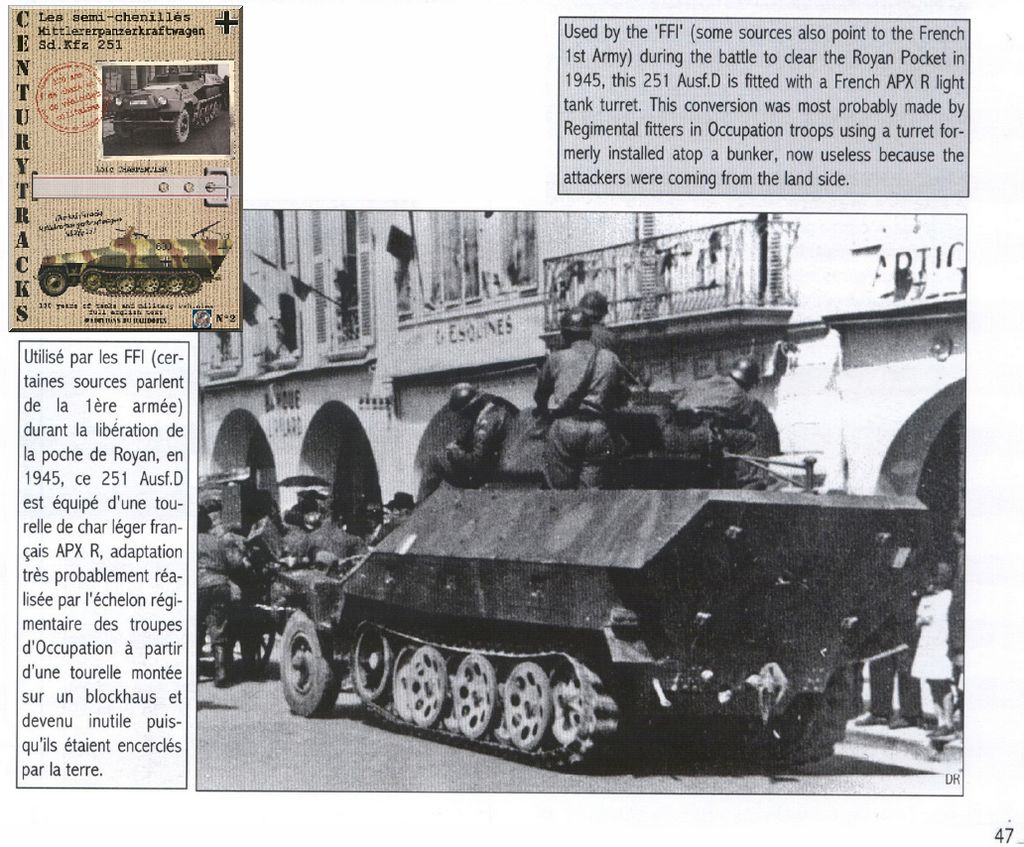 REPLY & QUOTE
SpeedyJ (Robert Jan) said
And here is the bulldog from Panzerserra Bunker:
http://panzerserra.blogspot.com/search/label/SdKfz%20251%20Ausf%20D%20with%20APX%20french%20turret
Just go for quick peek, its an amazing site with lots of research done, saves time for your personal builds. There is a lot...